Is it me or are global warming proponents become increasingly desperate? If the "Science is settled", why are we getting increasing numbers of expensive ads on the TV (I'm referring to Sky here) trying to make any case for it.

1) We had the bedtime story advert, purporting that all the Bunnies were going to meet a slow death by drowning.

2) Another stupid one that tells us to drive 5 miles less per week.

The Department for Transport has today launched an advertising campaign aimed at reducing CO2 emissions from car use.…

The TV advert highlights that by driving five miles less a week, any driver can help make a difference.

Oh yes, the DOT is full of climate change scientists.

3) The one that tries to tell us that it's all our fault for the planet dying.

4) and now the Times is getting in on the act.

They have a trailer that the oceans are turning into Acid. Give me strength.

Every green website is jumping on the bandwagon before it's too late.

I must lie down.

Posted by The Filthy Engineer at 20:29 2 comments:

The Religion of Peace. I think not. 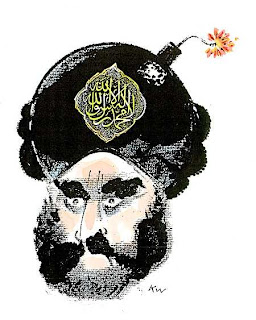 Just a few snippets about the incident in Luton concerning Baroness Warsi.

Yesterday, Baroness Warsi said there were only about 'seven, eight or maybe ten' protesters who did not represent the true feelings of the thousands of moderate Muslims in the town.

After all, it was in Luton in March that a similar group of young Islamic protesters shouted obscenities at members of the 2nd Battalion of the Royal Anglian Regiment taking part in an Afghan war homecoming parade.

Although the majority of Muslims lead decent, peaceful lives, there have been incidents which reveal tensions. When a Mecca Bingo Hall opened, its windows were smashed after some Muslims claimed the neon 'Mecca' sign insulted their religion because it associated the name of their holy city with gambling.

Advertising hoardings featuring women deemed to be showing too much flesh have also been defaced.

Over the past 18 months or so, around 30 non-Muslim homes have been attacked. One white couple in their 80s had bricks hurled through their front window. A West Indian woman in her 70s was watching TV when a metal beer keg crashed through her bay window.

And exporting their hate abroad.

In 2001, two British Muslim men from Luton were killed fighting with the Taliban in Afghanistan.*

It's going to be a while before someone sorts this out

Six years later, one of the militants convicted of plotting to blow up the Bluewater shopping centre came from Luton.

Fat lot of good all those security cameras did then.

And the 7/7 London bombers congregated at the town's station before heading to King's Cross.

What are the police doing there? Not very much by the look of it.

*One happy ending then
Posted by The Filthy Engineer at 15:22 No comments:

I would hate to live opposite this house. Music's good though.

Posted by The Filthy Engineer at 14:47 No comments: 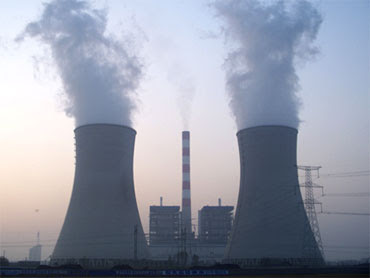 It reports that the head of the CRU at the University Of East Anglia is to temporarily step down from his position.

Phil Jones, the head of the Climactic Research Unit at the University of East Anglia, said on Tuesday that he will relinquish his post while the U.K. school conducts an investigation into allegations of scientific and professional misconduct.

Notice he is only temorarily standing down. I suspect there will be some sort of whitewash and everything will return to normal. Now if that had been me, and I'd done nothing wrong, they'd have to drag me kicking and screaming from the building.

The reverberations have extended beyond the campus of the University of East Anglia and the CRU. E-mail messages from Michael Mann, a professor in the meteorology department at Penn State University who has argued that mankind is threatening "entire ecosystems with extinction in the decades ahead if we continue to burn fossil fuels at current rates," appeared in the leaked files. Now Penn State has opened an investigation into Mann's work, and the U.K.'s weather agency has been forced on the defensive as well.

I'm sure they all think that it will just melt away.

Hans von Storch, director of the Director of Institute for Coastal Research who was assailed by Mann in one e-mail message, calls the CRU axis a "cartel" and suggests that Jones and others avoid reviewing papers. A colleague, Eduardo Zorita, went further and said Mann and his allies "should be barred" from future United Nations proceedings and warned that "the scientific debate has been in many instances hijacked to advance other agendas."

Yes it's not really about climate change at all. It's all about Power, Control, and Oodles of money.

And to finish, scientists and politicians endorsing dramatic limits on economic growth to limit carbon dioxide have been reminded where the burden of proof properly lies.

Note: Just in case there are any warmists here. That is water vapour emanating from the cooling towers in the top picture, not smoke.
Posted by The Filthy Engineer at 10:44 No comments: