They're Human, so they Err. 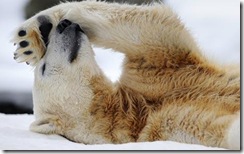 Not while they're pissing my money down the drain.

More and more of the MSM (Except the BEEB naturally. Although Andrew Neil in the politics section has a cracking good pop at it.) are picking up on all the falsehoods in the IPCC report. But now come the weasel word excuses, trotted out as if it wasn't important.

However Jean-Pascal van Ypersele, vice chairman of the IPCC, told the BBC it was simply a "human mistake".

"Aren't mistakes human? Even the IPCC is a human institution and I do not know of any human institution that does not make mistakes, so of course it is a regrettable incident that we published that wrong description of the Himalayan glacier," he said.

Utter Tosh. They've had years to produce that report and Millions of our money thrown willy nilly at them in the process. Have we heard any of our Political class questioning AGW? I'm waiting with bated breath to see if one of the parties will break ranks.

From the Telegraph. Read the whole article here.

Posted by The Filthy Engineer at 13:07 No comments: 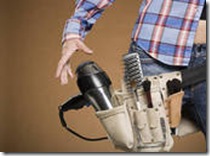 Well not quite. But our idiot Police "Service" seem to think so.

But the fake fatigues aroused the suspicions of patrolling police, who stopped them and took down their details under terrorism laws.

I mean really. Are they just plain stupid or more likely trying to up their stop and search score?

Would real terrorists be going around like this in full view?

"Jamie and I were kitted out in fake utility belts, we had the whole bulletproof flakjacket thing, we've got hairdryers in our belt, a kids' £1.99 walkie-talkie, hairbrushes and all that kind of stuff, and we were being followed by a camera crew and a boom mike and we get literally pulled over by four policemen and we were issued with a warning 'under the act of terrorism'."

'we are holding you under the Anti-Terrorism Act because you're running around in flak jackets and a utility belt', and I said 'and please put spangly blue hairdryer' and he was, like, 'all right'." (Emphasis mine).

What has our country come to? Aaaaagh