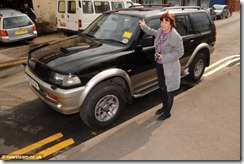 A baffled motorist was left fuming after returning to her parked car to find double yellow lines painted either side of it - and a parking ticket slapped on the windscreen.

Bungling parking officials fined June Williams yesterday despite road markings only being painted round her vehicle after she had parked.

Debt collector Mrs Williams, 58, said she has parked in the same spot on Mondays and Tuesdays near work in Wolverhampton for 18 months. 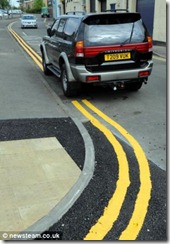 The Labour leader's final desperate attempt to cling on to power with a Lib-Lab deal crumbled amid a rebellion on his own side and policy disagreements with Liberal Democrat leader Nick Clegg.

This afternoon he retreated to No 10 to discuss his situation with senior ministers, friends and wife Sarah.

Now I don’t know how true this is.

Luggage has been seen outside the back of No.10.

Posted by The Filthy Engineer at 16:12 No comments: 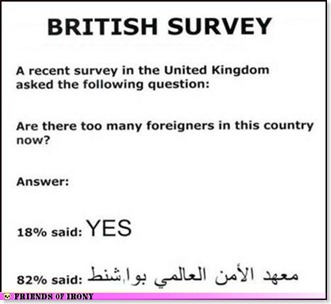 Posted by The Filthy Engineer at 14:19 No comments:

A photographer is to launch a legal complaint after being stopped and searched by police on suspicion of being a terrorist while he took pictures of London's skyline.

Grant Smith, a renowned architectural photographer, was stopped and searched under Section 44 anti-terror powers while photographing a building in the City yesterday.

At first he was stopped by security staff outside One Aldermanbury Square who told him he was not allowed to take pictures of the building.