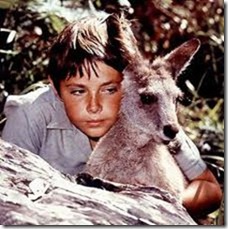 The Angry Exile is not going to like this.

Andrew Marantz, a freelance American writer, spent three weeks in an Indian call centre earlier this year, where he discovered that attitudes towards Australians were particularly harsh.

During his training, a senior employee named Lekha, told staff joining the company that Australia was populated by dimwits.

"Just stating facts, guys," Lekha said, "Australia is known as the dumbest continent. Literally, college was unknown there until recently. So speak slowly."

Mind you it maybe the case of pots and kettles.

When asked about other famous Australian traits he had one answer: racism.

"They are quite racist. They do not like Indians," he told the class.

"Their preferred term for us is please don't mind, ladies 'brown bastards.'

So if you hear that kind of language, you can just hang up the call."

Then he goes too far, by a mile. Surely the next cannot be true, can it?

Lekha went on to explain that Australians were "backward", with many owning outdated mobile phones.

He also cautioned new workers not to bother ringing Australia on a Friday night, because of the nation's love affair with alcohol.

"Australians drink constantly," he said. "If you call on a Friday night, they'll be smashed every time."

Posted by The Filthy Engineer at 19:39 8 comments: