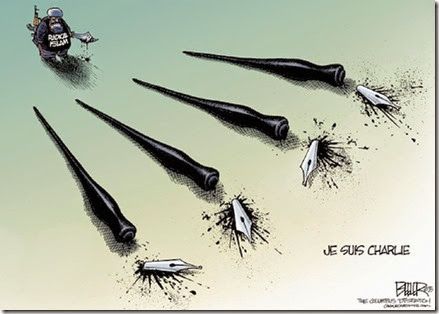 And just to show our defiance. A few of the forbidden Charlie Hebdo cartoons:

Mohammed weeping with the headline “Mohammed Overwhelmed by Fundamentalism.” 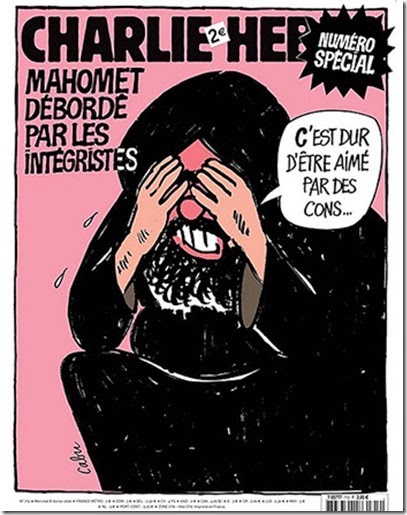 an orthodox Jewish man pushing a Muslim man in a wheelchair. 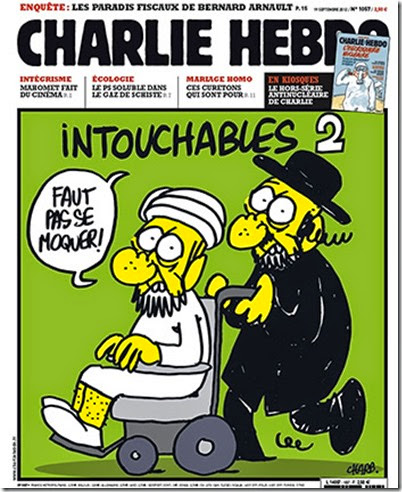 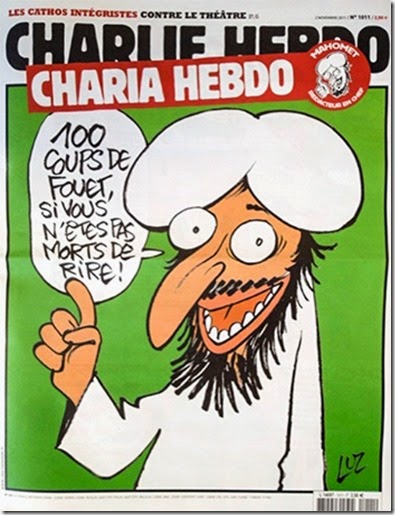 Charlie Hebdo supported France’s controversial law banning women from wearing burqas in public with the headline “Yes to wearing the burqa … on the inside!” 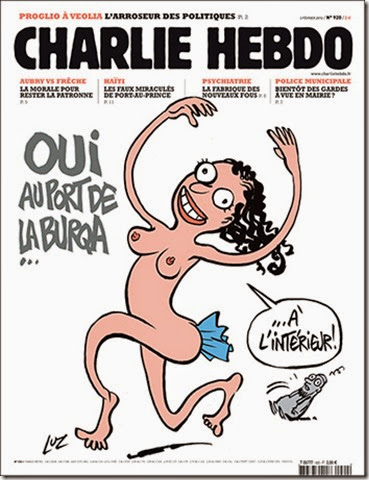 I really don’t care if you aresomeone of the muslim persuasion who gets offended by these pictures, because you have no right to, if you live in a civilised western country. If you are offended then go and live in a country that relishes living in the dark ages. Especially the ones that worship a known paedophile and mass murderer.

Posted by The Filthy Engineer at 19:59 No comments: