Why do we bother to vote? Because we are promised that a political party can better our lot in life.

In the past we would have elections, and before they were carried out, the political parties would lay out their aspirations in their Manifesto. In the distant past, that manifesto was treated as a document that, we the people, could depend on to a large extent to judge the parties on their commitment to policies. It was easy in those days. You chose the manifesto that you agreed to, and voted accordingly. Bye and large it worked. Politicians of that bygone age, in the whole, usually tried to deliver those policies. That was the day of honest politics.

Now, sadly we have no men of honour inhabiting the Mother of all parliaments. We have career politicians who have never served in any competitive private sector environment and are just after power for powers sake.

What is the point of these manifestos? If they can be torn up immediately after an election, why bother drawing them up in the first place? I would like to see them as a legal document and any deviation challenged in the courts. Of course There would be some problems left behind by a previous governments policies that would have to stay in place for a short while.

If you went into a shop and saw a TV and the blurb stated that it could do all manner of wonderful things, you would buy it, in the belief that you had bought a product that would suit your need. However if your TV failed to do those most wondrous of things that you’d  been promised, you would be entitled to a refund or replacement under Sale of Goods and services act. And most certainly wouldn’t wait five years before returning it.

If you saw an advert that intimated that ingesting cyanide would give you eternal life what would you relatives do after burying you? (In my case. A paupers  grave. But that’s another story). They would very quickly (I hope) contactthe Advertising Standards Authority to have that advert removed.

So why do we have to put up with governments who promise the earth, but don’t deliver?

So can we have an act that would allow us to return the government from whence they came, namely opposition?

“The repeal of Governments and useless hangers on Act” maybe.

Or can we hang all 650 of them? ( I have done well with piano wire futures)

Phelim McAleer, the director of Not Evil, Just Wrong, prods shock-doc Gasland director about the truthiness of his film:

If you didn’t know. Fracking is a method of extracting gas from shale rock formations. Done by mixing water and various lubricants deep into the shale formations and under pressure cracking the shale and thus liberating the gas trapped within.

He certainly tries to wriggle out. In my opinion he loses.

Posted by The Filthy Engineer at 19:10 2 comments:

Another Climategate in the Offing?

This should be interesting. Hopefully this will assist the wheels to fall off the Global Warming bandwagon. 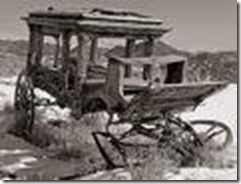 American Tradition Institute’s Environmental Law Center has learned that George Mason University, in response to a Freedom of Information Act (FOIA) request from USA Today, promptly released an academic’s correspondence and related records of the same class as those sought by ATI from the University of Virginia regarding former assistant professor Michael Mann. This provides a new complication for UVA’s argument that its delay and withholding of records are consistent with practice and the Commonwealth’s FOI Act, regarding ATI’s long-stalled (more than 4 ½ months) request.

I’m so looking forward to reading that mail.

Posted by The Filthy Engineer at 15:49 No comments: