Most of the Scavengers family have left to return to their homes.As usual,  I completely buggered up the booze shopping before Christmas. I stocked up with a carefully drawn up list of alcohol that the visitors were known to drink. I got it wrong AGAIN.

It would seem that I’m now going to have to drink:

and six bottles of red wine.

Think of me. The Horror. 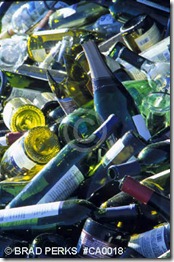 Mind you they never saw the single malts either.

Posted by The Filthy Engineer at 19:18 6 comments:

Email ThisBlogThis!Share to TwitterShare to FacebookShare to Pinterest
Labels: drink

Murphy, a furniture dealer from Dublin , decided to expand the line of furniture in his store, so he decided to go to Paris to see what he could find.

After arriving in Paris , he visited some manufacturers and selected a line that he thought would sell well back home. To celebrate the new acquisition, he decided to visit a small bistro and have a glass of wine. As he sat enjoying his wine, he noticed that the small place was quite crowded, and that the other chair at his table was the only vacant seat in the house.

Before long, a very beautiful young Parisian girl came to his table; asked him something in French (which Murphy couldn't understand); so he motioned to the vacant chair and invited her to sit down. He tried to speak to her in English, but she did not speak his language. After a couple of minutes of trying to communicate with her, he took a napkin and drew a picture of a wine glass and showed it to her. She nodded, so he ordered a glass of wine for her.

After sitting together at the table for a while, he took another napkin, and drew a picture of a plate with food on it, and she nodded.

They left the bistro and found a quiet cafe that featured a small group playing romantic music. They ordered dinner..... after which he took another napkin and drew a picture  of a couple dancing. She nodded, and they got up to dance. They danced until the cafe closed and the band was packing up.

Back at their table, the young lady took a napkin and drew a picture of a four-poster bed.

To this day, Murphy has no idea how she figured out he was in the furniture business!

Posted by The Filthy Engineer at 18:45 2 comments: