On Saturday I received a letter from HRMC telling me how much tax I’d paid in the year 2013 – 2014. The table is reproduced below. Naively I’d presumed that the largest proportion would have been spent on the NHS and defence of the realm. I was astounded to see the top item and the sum involved.

Now I’d always considered that welfare was a safety net to help those that had fallen on hard times.

I’d dearly love to have it broken down to where the £16.67/week that I pay is really going. 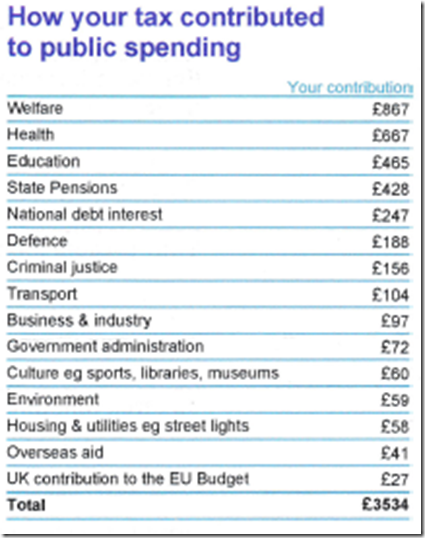 Which bloody, never had a job, doesn’t want one anyway, Chav, is getting my money. At the very least I expect a Christmas card.

Posted by The Filthy Engineer at 20:28 6 comments: