He’s going to glow in the dark. Again. 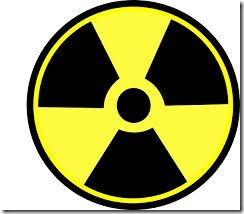 A couple of years ago my son was diagnosed with cancer of the thyroid.

He’s just been informed that his protein levels are low, which is indicative that maybe some cancerous cells have not been totally eradicated.

So he’s made the decision to go back into hospital in July for further Radioactive Iodine therapy.

He’s chosen July as we are all going on holiday to Portugal in June and the metal detectors and X ray machines positively hate him for a couple of months after the treatment. During his treatment he is kept in a room down the end of a long corridor well away from anyone else. Visiting him is for half an hour only and we are told only to speak from the doorway. (Bugger that).

Maybe some of you think that I’m being too flippant about this subject. However I think the boy understands that you have to make the most of what life throws at you. Live for the day.

Posted by The Filthy Engineer at 21:01 4 comments: