Let off lightly in my opinion.

Four Muslim men were jailed today after they carried out a brutal attack on an RE teacher because they did not approve of him teaching religious studies to Muslim girls.

Gary Smith, 38, received "appalling injuries" after he was set upon by the gang as he walked to work at Central Foundation Girls' School in Bow, east London, on July 12 last year.

Armed with a metal rod and a brick, they punched, kicked and attacked Mr Smith, leaving him unconscious and covered in blood on the pavement in Burdett Road, Tower Hamlets.

From what I’ve read in the last few months, is that Tower Hamlets is fast becoming a no go area for those who are not of the Islamic persuasion. Andre Gilligan did a piece on the East London Mosque for dispatches. There’s a clip HERE.

And of course they are supporters of the “Religion of Peace”.

At least the Judge had the balls to speak his mind.

Sentencing them at east London's Snaresbrook Crown Court, Judge John Hand QC said he believed they all remained a danger to the public due to their extreme religious beliefs.

Addressing the defendants one by one, he said: "Your belief is that you carried out a duty to your God and you did so with no mercy.

"If you think that people around you in society present an insult or threat to God then you will not hesitate in attacking again in the way that you have acted."

However as usual, the sentence length is pathetic.

He said he deemed Akmol Hussein, a social worker and self- employed builder, and Azad Hussain, a finance worker, to have played the greatest role in the planning and execution of the attack and sentenced them each to an indeterminate sentence with a minimum of five years.

A fifth defendant, Badruzzuha Uddin, 24, also of Shadwell, was also jailed for two years after previously admitting a charge of assisting an offender after he hid the men's bloodstained clothes.

Bearing in mind that they’ll probably be out before serving half their sentence for.

Mr Smith suffered multiple injuries, including lacerations and bruising all over his body, has a permanent 12cm long deep scar across his left cheek, and how the whole of the facial part of his skull was broken.

They should have got ten years each.

Posted by The Filthy Engineer at 20:04 8 comments:

Posted by The Filthy Engineer at 18:43 2 comments:

Another thought for the day. (Collectors edition)

COWS have their uses.

Is it just me, or does anyone else find it amazing that during the mad cow epidemic our government could track a single cow, born in Appleby almost three years ago, right to the stall where she slept in the county
of Cumbria? 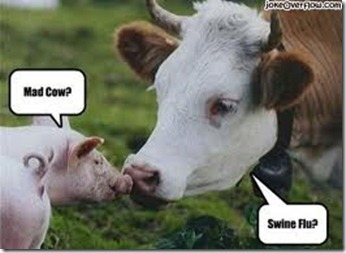 And, they even tracked her calves to their stalls. But they are unable to locate 125,000 illegal immigrants wandering around our country. Maybe we should give each of them a cow.

Email ThisBlogThis!Share to TwitterShare to FacebookShare to Pinterest
Labels: cows

Thought for the Day 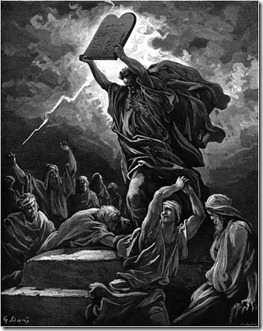 The real reason that we can't have the Ten Commandments posted in a courthouse or Parliament, is this - You cannot post 'Thou Shalt Not Steal', 'Thou Shalt Not Commit Adultery' and 'Thou Shall Not Lie' in a building full of lawyers, judges and politicians.

It creates a hostile work environment.

Posted by The Filthy Engineer at 11:37 3 comments: