Here’s a number you need to keep in mind: 3 Terawatts. That’s about how much power They’re using in the USA right now.

If that were used for 100W incandescent bulbs you’d need 30 billion bulbs.

There’s no way renewable energy is going to come close to that.

That would require over 2 billion square meters of 100% efficient solar panels: that’s about the same area as all the land in Rhode Island (real solar panels are about 25% efficient so you’d need to pave Delaware’s land as well). And of course solar panels don’t do too well at night, so you’d need to at least double that area, that brings us to the land area of Hawaii, plus you’d need a way to store around 40 TWh’s which simply doesn’t exist. And all that ignores factors such as clouds, dirt, animals, etc.

So what about wind? The most powerful wind turbine today is ~7 MW, so you’d need around 500,000 of them. They have a rotor diameter of 126m, so they’d have to be at least 65m apart. That means they’d take up 6 billion square meters, about the same as all of Delaware. I can’t imagine it would be good for anything flying. Now this is the peak power, so we’d have to factor in all the time that the wind isn’t blowing hard enough, or when it’s blowing too hard. Again we need a storage system for mind-boggling amounts of energy. Also, has anyone looked at the climatological effects of taking 3TW of convective energy out of the atmosphere?

Both solar and wind suffer from a fatal flaw: They can’t be controlled. Grid operators can’t dial supply up (They can somewhat do down) to meet demand, and when you’re talking about the electric grid either you balance it or it balances itself…usually in some exciting manner.

Hydro’s pretty much tapped out in that country, not to mention ecomentalists flip their shit whenever someone mentions building dams. Same thing with geothermal, unless we want to start drilling in Yellowstone.

Nuclear could do it, but whenever you mention it the ecomentalists set a record in going from zero to stupid.

Posted by The Filthy Engineer at 19:35 4 comments:

Oi! You’re supposed to be dying out. 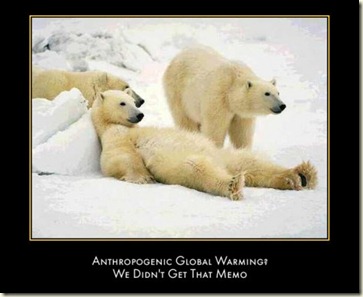 Posted by The Filthy Engineer at 15:47 5 comments: