Give it a rest

As a smoker I keep reading that 60%, 80%, or 2/3ds of smokers want to give up smoking. At least these are the figures touted to the MSM and the government by the Tobacco Control Industry. What I want to know is how they come by these startling statistics? They’ve never asked me or anyone I know.
So here’s a poll which I’d like my smoking visitors to fill in. It’s in my side bar.
Here’s a little reminder of what you might miss. 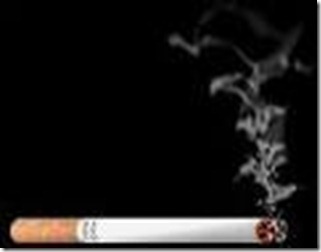 Posted by The Filthy Engineer at 21:15 6 comments: 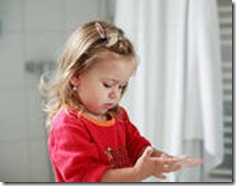 This is a story about the bond formed between a little girl and a
group of building workers. It's allegedly true and might help to confirm your belief in the goodness of people and that there is
hope for the human race....................

A young family moved into a house next door to an empty plot.
One day, a gang of building workers turned up to start building
on the plot.

The young family's 5-year-old daughter naturally took an interest
in all the activity going on next door and started talking with the workers.

She hung around and eventually the builders, all with hearts of gold,
more or less adopted the little girl as a sort of project mascot. They
chatted with her, let her sit with them while they had tea and lunch
breaks, and gave her little jobs to do here and there to make her feel
important.

They even gave the child her very own hard hat and gloves,
which thrilled her immensely.

At the end of the first week, the smiling builders presented
her with a pay envelope - containing two pounds in 10p coins.
The little girl took her 'pay' home to her mother who suggested
that they take the money to the bank the next day to open
a savings account.

At the bank, the female cashier was tickled pink listening to the little
girl telling her about her 'work' on the building site and the fact she
had a 'pay packet'.

'You must have worked very hard to earn all this', said the cashier.
The little girl proudly replied, 'Yes, I worked every day with Steve and Wayne and Mike. We're building a big house.'

'My goodness gracious,' said the cashier, 'And will you be working on the house again next week?'

The child thought for a moment. Then she said seriously:

'I think so. Provided those wankers at Jewsons deliver the fucking bricks on time.'!!!!

The law of unintended consequences

Referring to my last post where I was heavily involved in DIY and gardening *shudders again*, I forgot about the cat.

Here’s what I came home to tonight. 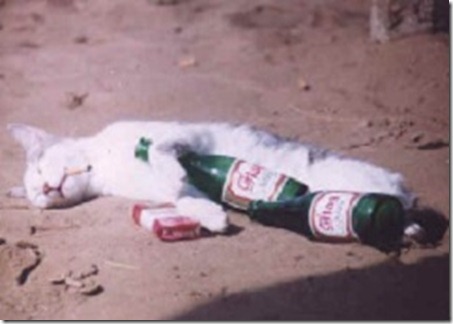 Oh well. maybe I’ll try a hamster instead. They’re not big enough to hold a bottle.

Not only that, he’s been smoking my ciggies. Deserves his fate.

Posted by The Filthy Engineer at 00:14 No comments: