Do you believe in Santa?

My kids do. They'll all be in the bosom of the family on Christmas day. Of course they all expect a Christmas stocking.

Do you think it is time they stopped believing?
Posted by The Filthy Engineer at 20:31 2 comments: 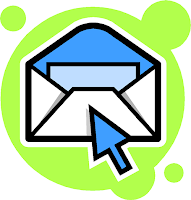 Just before the end of the year I wanted to thank you for the emails you have forwarded over the year.

I must send a big thank you to whoever sent me the one about rat crap in the glue on envelopes, because I now have to use a wet sponge with every envelope that needs sealing.

Also, I now have to wipe the top of every can I open for the same reason.

I no longer have any savings because I gave it all to a sick girl who is about to die in the hospital for the 1,387,258th time. But that will change once I receive the £15,000 that Bill Gates/Microsoft are sending me for participating in their special email programs. Or from the senior bank clerk in Nigeria who wants me to split seven million dollars with me for pretending to be a long lost relative of a customer who died intestate.

I no longer worry about my soul because I have 363,214 angels looking out for me.

I have learned that my prayers only get answered if I forward emails to seven friends and make a wish within five minutes. I no longer drink Coca-Cola because it can remove toilet stains.

I can no longer buy petrol without taking a friend along to watch the car so a serial killer won't crawl in my back seat when I'm filling up. I no longer go to shopping centres because someone will drug me with a perfume sample and rob me.

I no longer answer the phone because someone will ask me to dial a number and then I'll get a phone bill with calls to Jamaica, Uganda, Singapore and Uzbekistan. I can't use anyone's toilet but mine because a big brown African spider is lurking under the seat to cause me instant death when it bites my bum.

I can't even pick up the £5 I found dropped in the car park because it probably was placed there by a sex molester waiting underneath my car to grab my leg.

If you don't send this email to at least 144,000 people in the next 70 minutes, a large dove with diarrhoea will crap on your head at 5:00pm tomorrow afternoon and fleas from 12 camels will infest your back, causing you to grow a hairy hump. I know this because it actually happened to a friend of my next door neighbour's ex-mother-in-law's second husband's cousin's beautician.

By the way....a South American scientist after a lengthy study has discovered that people with low IQ who don't have enough sex, always read their emails while holding the mouse.

Don't bother taking it off now, it's too late.

Take Care and have a very Happy Christmas and New Year.

Posted by The Filthy Engineer at 11:07 No comments:

The Roebuck Inn. Avoid at all costs

They deserve to go out of business.

Motorists who abandoned their cars in a pub car park returned the next day to find that they had been wheel-clamped. The drivers left their vehicles outside the Roebuck Inn, in Winchester, Hampshire, after ice and snow brought traffic to a standstill.

One driver, called Warren, said: “The snow was coming down and the roads around here were gridlocked for hours. It had taken me one and half hours to drive a mile so I thought it would be sensible to leave the car in a safe place overnight.

“But when I came back first thing in the morning I found it had been clamped. It was unbelievable.”

Send them your comments.

H/T to the Englishman & The Times
Posted by The Filthy Engineer at 06:42 1 comment: