In one of those CRU E mails

One prominent IPCC researcher concerned about this gap in knowledge is Simon Tett from the Hadley Centre for climate modelling at the Meteorological Office, home to one of the world's five leading global circulation models, capable of recreating a mathematical version of how the atmosphere works and of running simulations of climatic changes over decades or even centuries. He says that "in the past, our estimates of natural variability have been based on climate models." But this autumn [date?], he says, those estimates have been thrown into turmoil by a paper published in the journal The Holocene. In it, Tim Barnett of the Scripps Institution of Oceanography, part of the University of California at San Diego, compared model estimates of natural temperature fluctuations over the past 400 years with the best evidence from the real world -- from instruments in the past century and "proxy data", such as Briffa's tree rings, from before that.

The result was bad news for the modellers. The two models examined -- one German, the other American -- generated a natural variability of around 0.1 degree C per century. This was less than half that revealed in the proxy data. "Of course we don't have to believe the proxy data. They certainly have problems attached to them. But my belief is that they both models, and proxy data too, underestimate real variability," says Barnett

The models' error was not, perhaps, too surprising. As Barnett points out, they do not include vital "forcing" mechanisms that alter temperature, such as solar cycles and volcanic eruptions. Nor can they yet mimic the strength of the largest year-on-year variability in the natural system, the El Nino oscillation in the Pacific Ocean, which has a global impact on climate.

Nonetheless, the findings should serve as a warning, Barnett says, that "the current models cannot be used in rigorous tests for anthropogenic signals in the real world". If they are they "might lead us to believe that an anthropogenic signal had been found when, in fact, that may not be the case."

The science is settled then? Glad I'm only an engineer.

And does anyone know anything about this woman?

She seems quite important to the story.

PS. Real climate won't publish this
Posted by The Filthy Engineer at 20:38 No comments:

Definitely not quite the real M & S. Hopefully this is more offensive than the real one that 8 people complained about. FFS, 8 out of 60,000,000 complained to the ASA,

H/T to the GOT for brightening up my day
Posted by The Filthy Engineer at 15:48 No comments:

An Irish woman of advanced age visited her physician to ask his advice in reviving her husband's libido.

"What about trying Viagra?" asked the doctor

"Not a problem," replied the doctor. "Give him an 'Irish Viagra'. It's when you drop the Viagra tablet into his coffee. He won't even taste it. Give it a try and call me in a week to let me know how things went."

It wasn't a week later when she called the doctor, who directly inquired as to her progress.

"Really? What happened?" asked the doctor.

"Well, I did as you advised and slipped it in his coffee and the effect was almost immediate. He jumped straight up, with a twinkle in his eye and with his pants a-bulging fiercely! With one swoop of his arm, he sent me cups and tablecloth flying, ripped me clothes to tatters and took me then and there passionately on the tabletop! It was a nightmare, I tell you, an absolute nightmare!"

"Why so terrible?" asked the doctor, "Do you mean the sex your husband provided wasn't good?"

"Feckin jaysus, 'twas the best sex I've had in 25 years! But sure as I'm sitting here, I'll never be able to show me face in Starbucks again!"
Posted by The Filthy Engineer at 15:03 No comments: 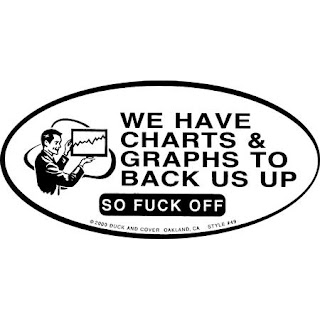 Posted by The Filthy Engineer at 13:49 No comments:

Just been reading through HARRY_README.txt. I do feel sorry for what he had to put up with. Here's a selection of his comments:

Oh, sod it. It'll do. I don't think I can justify spending any longer on a dataset, the previous version of which was completely wrong (misnamed) and nobody noticed for five years.

Bear in mind that there is no working synthetic method for cloud, because Mark New lost the coefficients file and never found it again (despite searching on tape
archives at UEA) and never recreated it. This hasn't mattered too much, because
the synthetic cloud grids had not been discarded for 1901-95, and after 1995
sunshine data is used instead of cloud data anyway."

Wrong again! The saga continues.. actually I'm beginning to wonder if it'll still be going when I JOIN SAGA

Hmmm.. still some problems. In several areas, including a swathe of Russia, the mean values drop around 1991 - just when MCDW comes in.

Back.. think.. even more complicated. My head hurts. No, it actually does.

I really thought I was cracking this project. But every time, it ends up worse than before.

OH FUCK THIS. It's Sunday evening, I've worked all weekend, and just when I thought it was done I'm hitting yet another problem that's based on the hopeless state of our databases. There is no uniform data integrity, it's just a catalogue of issues that continues to grow as they're found.

Oh well, shit happens. Mind you I don't understand much of what he was doing except it seemed to be messing with incomplete data
Posted by The Filthy Engineer at 10:51 No comments: