Save me from pontificating MPs 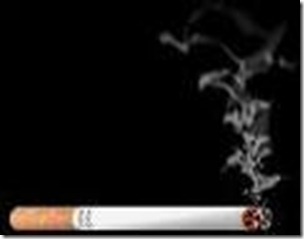 MPs have called for a drastic reform of the pub industry to stop locals closing at an "alarming" rate.

In a strongly-worded report, the Business Select Committee criticised the large pub companies which run most of the country's pubs, so-called pubcos, saying self-regulation had failed.

The committee said that after being given a number of chances to change the way it runs the business, pubcos should now be subjected to statutory regulation.

That statutory regulation you want to bring in? Look at the last one you brought in. The smoking ban. Have you not thought that, that in itself, has done the most damage to the hospitality industry?

Maybe you haven’t read this you muppets.

Almost three years after the introduction of smoking bans in the three countries, Scotland had
lost 7.1% of its pub estate (467 pubs), Wales 7.3% (274), and England 7.6% (4,148). Scotland,
which introduced a smoking ban a year earlier lost a further 4% of its pub estate in the fourth
year after the ban, mirroring a similar decline in Ireland (11%) which banned smoking in pubs in
2004.
Total pub losses in England, Scotland and Wales since the introduction of smoking bans in all
three countries are in excess of 5,500.
According to CR Consulting’s report, which was commissioned by the Save Our Pubs & Clubs
campaign, “While there is significant variation in the trajectories of pub closures before the ban,
there is an almost total correlation between the three countries after the ban.
“This indicates that they are affected by a strong common factor ‐ the smoking ban. The
correlation is in fact so close that the trend line for the three countries is identical.”

I would suggest that you MPs and your so called select committees butt out and do what you do best. The only problem is the only thing I think you have any expertise in, is fiddling your expenses and being professional liars.

I used to go to a local pub every Sunday before the smoking ban and had to fight my way to the bar. Now I rarely go once every three months. last Sunday I went. There were only five others in the pub, one of which was the barman. The other three were with me.

Just get out into the real world outside the Westminster bubble and speak to real people. Get away from your sycophants, and your lackeys in the MSM (a certain Nick Robinson from the BBC springs to mind) if you want to find out why pubs and clubs are closing at an alarming rate.

God give me strength. I truly hate the cunts. My MP hasn’t the decency to even acknowledge my correspondence. Yes you, John Stanley, you waste of space.

Guy Fawkes had the right idea. Roll on November the fifth. (or should that be filth)

Posted by The Filthy Engineer at 20:52 8 comments:

Australia. You've got six days to stop this nonsense


IT was Mark Dreyfus QC, Parliamentary Secretary for Climate Change, who let the cat out of the bag.
Once the carbon change legislation is in place, he said, repeal would amount to an acquisition of property by the commonwealth, as holders of emissions permits would be deprived of a valuable asset. As a result, the commonwealth would be liable, under s.51(xxxi) of the Australian Constitution, to pay compensation, potentially in the billions of dollars. A future government would therefore find repeal prohibitively costly.
That consequence is anything but unintended. The clean energy legislation, released this week, specifically provides that “a carbon unit (its generic term for a right to emit) is personal property”.
This, the government says, is needed to give certainty to long-term trades. But that claim makes little sense, for even without such protections there are flourishing markets for fishing quotas and other tradeable entitlements.

If I was an Australian, I'd be very afraid.

I’ve just found a Blog called The People's Democratic Republic of South Lanarkshire and I came across this post.
It gives an insight into how much more we’re paying for our energy due to the Government’s Green Iniatives.
The paragraphs below are from my energy supplier, Scottish Power.

In 2009, the Government introduced a new Community Energy Savings Programme (CESP).
This scheme obliges energy suppliers and electricity generators to pay for energy efficiency measures to be installed in low income areas to permanently reduce vulnerable customers’ fuel bills and reduce carbon emissions. It is estimated that this 3 year programme will cost the energy industry £350m. In addition, between 1st April 2011 and 31st March 2015 energy suppliers in Great Britain are obligated to spend a total of £1.14 billion assisting vulnerable and fuel poor customers through the Warm Home Discount Scheme. The cost of meeting both of these obligations is included in your energy prices.

Why am I obliged to pay to assist “vulnerable and fuel poor customers”?  That certainly was not stated in the Contract I signed.

Under the Renewables Obligation all major energy suppliers in Great Britain are required to obtain a certain percentage of the electricity that they sell to customers from renewable sources. Like other energy companies, we include the cost of meeting this obligation in your electricity price.

That’s your obligation, not mine. I don’t see why I should pay for it.

CERT is the main government policy aimed at reducing carbon emissions by improving the energy efficiency of households in Great Britain.
It obliges all of the big energy suppliers to deliver energy efficiency measures like loft and cavity wall insulation to homes across Great Britain. Many of these measures are discounted and in some cases are provided free of charge and it is estimated that delivering this policy will cost the energy industry £5.5 billion in the period between 2008 and 2012. Like other energy companies we include an allowance for the cost of meeting this objective in your energy prices.

My house already has loft insulation and I have no cavities in my walls. So why do I have to take on this extra cost? Again this was never stated in my contract.
So the little missive below is about to be sent


I therefore expect a complete refund in respect of these charges that you have levied without my permission.