Common Purpose and Bilderburg. The one world order

I've posted about this organisation here

Here are some more Vids from Brian Gerrish.


Posted by The Filthy Engineer at 20:43 No comments:

44 years in the Royal Fleet Auxiliary.

Now some of you might think that is quite a long time to work for one company. As I will explain in a later post it became too much to continue and stay sane.

Imagine if you can, it is the Year of our Lord, Nineteen hundred and sixty five. Time 0900, 13th september, Venue, Poplar Technical college. (Anyone who started on that date also has my commiserations).

Here I was, a callow youth, about to depart on a career that I really knew nothing about. Except that ships and engines would be involved. I was an Engineer Cadet, decked out in my smart new blazer with the company badge on the breast pocket. Anyway that induction day passed in a turmoil of having the Syllabus explained, tour of the college, numerous form filling (Even then there was paperwork), buying stationary in the shop, and a myriad of other things that I can't remember (I did warn you that it was 44 years ago). I had arrived in the adult world.

Mind you the subjects I was going to have to learn sounded a touch disconcerting.

Applied mechanics: I thought they worked on cars
Applied heat: Mmm, I'm going to learn to use matches
Electrotechnology: Wiring up plugs?
Engineering drawing: Oh bother. Knew I should have paid more attention in art.
Chemistry: Why?

Anyway, that was day one.

Email ThisBlogThis!Share to TwitterShare to FacebookShare to Pinterest
Labels: RFA, this really is crap

Acidification of the Sea

First we had Global Cooling

Then were all going to die of radiation from the hole in the Ozone layer.

Then we had Global Warming

Next came the general scare of Climate Change

Now I hear that the seas are all turning to Acid.

This becoming bloody ridiculous. It appears they don't really care what they try to scare us with, just so long as we're kept in a perpetual state of fear.

Acid Bollocks from the BEEB
Posted by The Filthy Engineer at 19:14 1 comment: 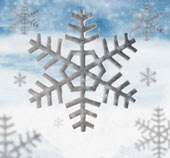 Welcome to my analysis of Climategate, the climate science scandal that has already eclipsed Watergate in terms of its global political ramifications.

Climategate began on November 19, 2009, when it is believed that a whistle-blower leaked thousands of emails and documents central to a Freedom of Information request placed with the Climatic Research Unit of the University of East Anglia in the United Kingdom. This institution had played a central role in the “climate change” debate: its scientists, together with their international colleagues, quite literally put the “warming” into Global Warming: they were responsible for analysing and collating the various measurements of temperature from around the globe and going back into the depths of time, that collectively underpinned the entire scientific argument that mankind’s liberation of “greenhouse” gases—such as carbon dioxide—was leading to a relentless, unprecedented, and ultimately catastrophic warming of the entire planet.

It here at his site, Assassinationscience.com

It's a long read but worth it.
Posted by The Filthy Engineer at 16:12 1 comment: