I shouldn’t. But what the heck

Maybe I shouldn’t take the piss out of global warming alarmists. But….

Posted by The Filthy Engineer at 20:21 3 comments:

My Wanker of the week. 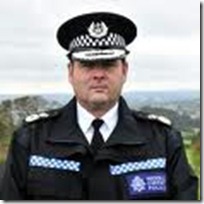 Andy Giannasi, the member of ACPO who has been designated the 'lead' in road's policing has decried the wind down of 'Safety' Cameras.

Figures made available by SafeSpeed show an impressive 35% decrease in deaths from 1978 to 1988. The spiraling number of deaths continued to decrease during the pre speed camera years until cameras were introduced in the early to mid 1990's. In fact, since the mid 1990's the number of deaths has stayed about the same which is proof, over a 10 year period, that speed cameras do not save lives. If planting 5000 cameras on the streets and issuing over 7 million fines since 1992 really worked then we would have seen the number of road deaths continue to fall, but they've just stayed the same. The question is, why haven't fatalities continued to decrease since cameras were introduced?

Comment: The finger of blame is clearly pointing at the cameras and those who support them. If it weren't for advances in vehicle safety design and medical treatment then casualties would have increased considerably since cameras were introduced.

Less than 4% of accidents are caused by exceeding the speed limit according to new data (page 41) published by the Department of Transport. This destroys the government's claim that 1/3 of accidents are speed related. The facts publicised by Safespeed shows the breakdown of the causes of accidents from 13 police forces from 2001:

Failure to judge other person's path or speed:
22.6%

Utter Tosh from this ACPO indoctrinated Tosser. It would be a lot safer to have more traffic police on our roads to catch those who are under the influence of drink/drugs, driving badly, no licence, no insurance, driving badly maintained cars, etc.

Note: Then again it would be even better if we had any type of Policeman on our streets. 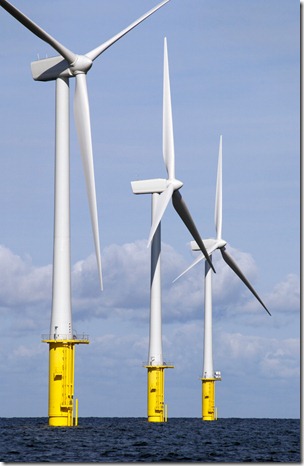 If you’ve read my previous posts,( HERE and HERE), you’ll be aware I’m not to keen on these machines due to their high operation and maintenance costs. I was made aware that the life of a wind turbine was only 6 to 8 years rather than the frequently quoted 20 year lifespan.

However I came on these little gems which I link to at the bottom of this post if you really would like to read it all.

This is underlined by an analysis of maintenance records, which shows that while service teams for offshore wind farms are supposed to make two scheduled maintenance visits every year, unscheduled visits to many installations are made 20 times a year.

The heart of the problem is that the technology being used offshore is generally onshore technology that has not been modified sufficiently to meet the different demands of an offshore environment.

The classic example of this is the disaster at the Horns Rev wind farm in 2005, following which Vestas is reported to have removed and repaired 80 of its V90 models, designed for offshore use, owing to the effect of salty water and air on the generators and gearboxes, which became corrupt after only two (My emphasis)  years. A similar procedure has been reported this year, with Vestas' 30 turbines requiring a change of rotor bearings, at an estimated cost of €30m.

Have they produced any meaningful power in this time?

And don’t get me started on gearbox failure.

As an ex marine engineer I could have told them the previous. (Providing they’d paid me a large six figure salary of course).

The rest is HERE. have a read.

Posted by The Filthy Engineer at 14:44 2 comments: