It’s nice to be ahead

Of my local rag. 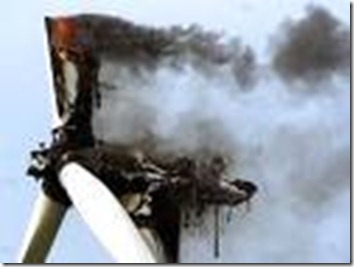 It seems that they’ve only now cottoned on to the fact that the praised wind turbines Bird Mincers, are failing off the coast of Kent.

WIND turbines whirring off the Whitstable coast are getting wobbly and need welding work, operator Vattenfall has admitted.

The news was leaked after a closed-doors meeting between the Kentish Flats operator and Whitstable Harbour Board.

I wrote about this a year ago.

It’s a good thing that it’s not costing the taxpayer though.

Workers will need to ship 180 large steel brackets from the harbour out to the turbines to shore them up – with six of the metre-tall steel plates being welded to the base of each machine.

But the company insists there is no risk to man nor beast – and added that the Vestas-made turbines are being repaired for free as they are still in their warranty period.

And this is not the first failure. Oh Noes.

The gearboxes on all the turbines were replaced in 2008 after a design fault was discovered.

The question is.will they live up to expectations.

The £105 million wind farm, which went online in September 2005, is designed to operate for 20 years.

That’s two major faults in the first third of their operating life. What could happen in the next third? Scour?

Posted by The Filthy Engineer at 19:14 4 comments: