Light bulbs are no longer allowed to be imported into the EU. Instead we are expected to fill our homes with dim compact fluorescent bulbs. See table below. 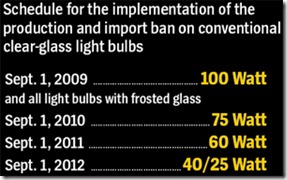 Of course the green treehuggers are jumping for joy with this. They think they are saving the planet by banning these fairly innocuous items, that we have used to give us light for so many years.

However as usual they never used what little brainpower they had. Yes, the incandescent light bulb was an inefficient source of light but it was a very good source of background heat on those cold winter nights.

Every British ship I sailed on were lit by fluorescents. However a ship that we chartered that was built in Finland was lit by incandescents. The calculations being that a less expensive heating system needed to be fitted to the vessel. Win Win.

Enough of ships. I left them a while ago. Lets get back to CFL’s

What happens if you break one? Here’s what DEFRA has to say on what you should do. 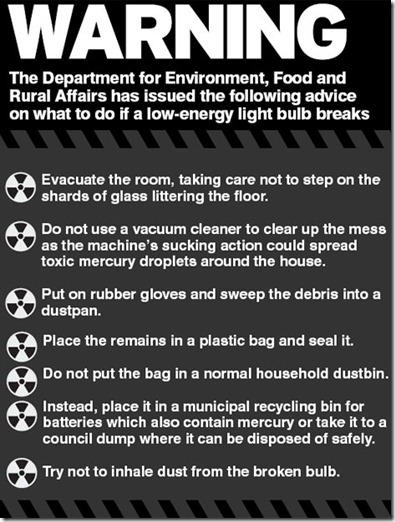 It looks like the instructions, I was given, if we were attacked by a nuclear missile. I’m surprised that you are not told to call in a Hazmat squad, or at least buy your family Anti gas respirators.

People are not aware of the danger posed by CFL breakages nor the eventual effect on the environment of throwing them out mixed in with other household rubbish. Make no mistake, these bulbs will end up in household rubbish. What will happen then is they will be broken when the rubbish is compressed in the collection truck, exposing the sanitation workers to dangerous levels of mercury every time. The contaminated rubbish will then be tipped into landfill sites, which will definitely shatter any remaining unbroken ones. At this point, the water and land has been irreparably contaminated. The water contamination, means it can now enter the start of the food chain and gradually work its way up it, causing congenital abnormalities in all species, including us. Calling it an eco-disaster doesn’t even begin to cover it.

To give you an idea of how severe mercury contamination can be, the mercury from one CFL is enough to contaminate 30,000 litres of water, way beyond the approved safety standard and millions of these bulbs are going to end up in landfill sites.

I for one will just dispose of mine in my bin. If the council want me to transport the offending article to a tip, then they can bloody well pay me for it. They should have thought about the consequences before they all placidly agreed to this EU directive.

TIP: If you shop around you will still be able to buy incandescent bulbs. These are bulbs called “rough service” bulbs.

No this is not an advert for a movie.

It’s some fuckwits idea to nanny smokers into submission.

From October 1st, the UK's eight million smokers will be encouraged to give up tobacco for a full 28 days, as part of a scheme known as Stoptober.

Stoptober. What a stupid name for a start. But then again I’m used to this sort of “lets give it a name and hope that it sticks”.

Of course the usual nannying fake charities are behind it.

The scheme was unveiled this week by the Department of Health and has been backed by the British Heart Foundation and Cancer Research UK.

Look you lot. I happen to enjoy smoking immensely. So you can just FUCK OFF.

*Needed to get that off my chest* Now I’m going for a smoke. 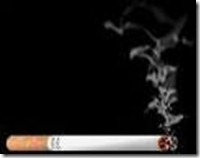 Posted by The Filthy Engineer at 11:12 9 comments: