The governing of the country is up to you.

I’ve been reading a few blogs today where it has been mooted that government as it stands, is totally out of touch with what , we the people need.

What we have is a self sustaining oligarchy of politicians of all colours maintaining a status quo, that we the people, have no power as it stands to alter.

We have seen in the past few days, how the power of the Blogosphere and social media sites such as twitter can succeed against those who would deny us the rights that are ours. The right to freedom of speech.

What those very elected politicians have forgotten is that they are there to serve the people. Instead all we get is professional politicians of this new age, just vying hold on to a system of politics that is devoid of any resemblance of humility. What we need  is a complete shake up of the entire constitutional makeup of our political system.

One example of the ridiculous is that fifty MPs discuss at length, why we shouldn’t agree to future EU bailouts, only to have it amended by the government whipping 250 MP’s to support the governments position. That alone throws the whole parliamentary system into disrepute and farce.

Please go to Richard North’s Blog for a more erudite article than this humble blog is capable of.

What this stresses is that we, the people, are the power in the land. And the only thing that constrains that power is the myth that we need rulers to guide and manage us. We do not - we need government, and particularly central government, only to provide limited functions on our behalf, acting as servants not our masters. To get back to that state requires nothing more than a simple article of faith - a belief in our own power. We are more powerful than those who claim to rule us, if we choose to use that power.

We really need to take back the power into people of this country that used to be great, but is now being sold out by a clique who only have their political careers at heart.

I am of the old era, born in 49. It’s up to you, children of the modern era, how you wish to be governed. I wish you well. You reap what you sow. Don’t blame me. You have the choice.

Posted by The Filthy Engineer at 22:15 4 comments:

Email ThisBlogThis!Share to TwitterShare to FacebookShare to Pinterest
Labels: piano wire, politics., power back to the people

One of my pet peeves is the almost constant use of mobile phones by people while driving, Shopping, dining and in line at the supermarket etc.

Does no one know how to say 'I'll call you right back'? Well, it has gone beyond that now, With them being used in relaxing getaway places like at the beach.

This is beyond being inconsiderate. While on the beach recently, I had to just sit there and listen to this woman for at least an hour while she talked on her mobile phone and pranced back forth in front of me.

I couldn't concentrate on my book.

How thoughtless and inconsiderate can she be?

I almost got up and moved!!! 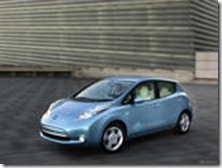 The federal government has figured out how to save $116,000 per year … and it only costs $4 million to do it! The pilot program in San Diego and four other American cities will take no more than, oh, 39 years for the savings to pay back the cost of the vehicles:

San Diego will be one of five cities in which the federal workers will test plug-in cars for government use.

It will put 13 Volts and four Leafs with San Diego workers, and will also install charging stations to serve them. The cars will go to workers with the Navy, the Marine Corps, Veterans Affiars and the Department of Transportation. …

I’ll give the financial analysis a whirl:

Doesn’t make much sense to me? The battery life of these cars will not last more than ten years (And that’s a conservative estimate. There are some quotes of only half that.), the last time I checked.So the costs of buying new “green” cars will never be offset.

Oh and not withstanding the cost  of all those charging points they are going to install.

Makes you wonder what world those people live on.

1 I’d convert to sterling if I could be bothered. But I’m sure you’ll get the picture.