Do these charities deserve their government funding? You tell me? 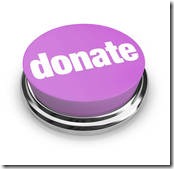 War on Want was created in 1951. For much of the 1980s it was run by the socialist firebrand George Galloway and was investigated by the Charities Commission for accounting irregularities.

Today, it remains firmly and openly anti-free trade, anti-capitalism and anti-Israel. It was part of the Make Poverty History campaign and was involved in the G20 demonstrations. Its campaign against world poverty requires the reconstruction of the world along socialist principles

The Prince's Foundation for Integrated Health

The Foundation "works with policy makers" to lobby for greater use of complementary medicine and homeopathy in the NHS and in schools. It funnels money towards organisations involved in reiki, naturopathy, aromatherapy, shiatsu and other pet projects of Prince Charles. (Quack science at it's worst).

Amongst its current activities, the Foundation is "advising the Department of Health". According to its latest accounts, the DoH funded the Foundation to the tune of £332,500 (27.5% of total income).

4Children offers authoritative advice and strategic support to help turn policy into practice working with government departments such as the Treasury, Department for Education and Skills and Department of Health.

In practice, this seems to largely involve them applauding government policies...

In addition, 4Children received substantial sums from individual county councils, including £351,518 in 'other contracts and grants'.

Only £8,704 was received in voluntary donations and gifts.

Well that's enough ranting about charities that sponge of the state. Maybe I'll see how many Quangos can be axed. After all that's where the big money is.

I certainly attracted a load of interest from quite a few charities today. I wonder why? Maybe a few of the Righteous worried about their jobs?

Posted by The Filthy Engineer at 20:13 No comments: