Now you would think that these quotes below would be a description of Life under labour's Britain. Just guess who said them:

I shall give a propagandist reason for starting this war. Never mind whether it is plausible or not. The victor will not be asked afterward whether he told the truth or not. In starting and waging war; it is not right that matters but victory.

The great massses of the people will more easily fall victims to a big lie than to a small one.

What good fortune for Governments that the people do not think

Success is the sole earthly judge of right and wrong.

Universal education is the most corroding and disintegrating poison that liberalism has ever invented for it's own destruction.

Make your own mind up on that one.

A bit earlier than you would think. Adolf Hitler got here first.
Posted by The Filthy Engineer at 14:49 2 comments:

Get your free laptop here

Do read the Question and answers section before you put your bid in.
Posted by The Filthy Engineer at 10:11 No comments: 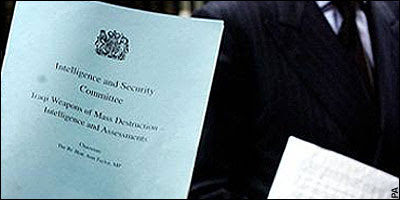 In the Times today, the Author of the original article lifted from the internet, by an official of the Government at the times, explains why he is haunted by it.

The Author, Ibrahim al-Marashi, has this to say:

What actually happened was this: the British Government took my material, then added pages that argued for military action against Iraq and changed key words to suggest that Iraq had supported al-Qaeda. This formed part of what became known as the “Dodgy Dossier”, published in February 2003.

I cringe now at how I reacted. I was suddenly famous but I failed to used that fame to highlight the British Government’s spin.. .......

I'm not sure why he feels he has to apologise for someone else lifting his data and then twisting it for their own ends.

I am haunted by the Dodgy Dossier

Posted by The Filthy Engineer at 09:53 No comments: