Niccocrap. The alternative to the E Ciggie.

These two vids are very disturbing(Not!).

H/T to Freedom to choose

Posted by The Filthy Engineer at 20:19 No comments: 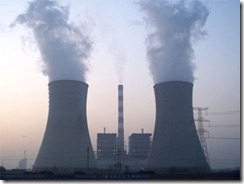 It looks like us AGW skeptics are spreading disinformation according to an article in the Guardian. I would say to Joss Garman that it is more like trying to get people to think about the science and the politics of the subject.

It seems that we've struck a raw nerve:

There's an incredibly powerful movement opposed to action on climate change. Without doubt it had more influence on the outcome of the climate negotiations in Copenhagen than many of the world's countries combined.

Of course he knows best:

Over the last few years as climate campaigners such as myself have tried to mount a good rational argument.

And then we have the Ad Hominem attack:

Gold digging-standard scientific reporting from the IPCC , and indeed the value of scientific inquiry itself, is now under sustained assault from a motley assortment of cranks, ideologues and special interest voices intent on stopping the transition to a clean energy economy.

And from Greenfellow in the comments, a thinly veiled threat:

The deniers are never going to give in no matter how much science there is. Therefore, unless the government intervenes in a much stronger way than its doing at the moment, its ecowar pure and simple. Deniers are the enemy, and if we don't beat them then its endgame for all of us.

If they can prove the science then let them do so. For the moment I'm staying a skeptic.

Posted by The Filthy Engineer at 16:49 2 comments: