An E Mail I sent today. 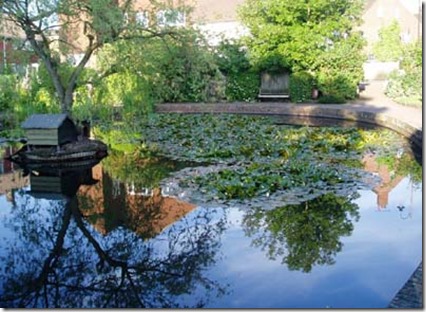 It would  seem you have a problem of the rodent variety. Two weeks ago whilst my grandson and I were feeding your ducks, I became aware of something that appeared not quite right.

At the time I was seated on the golden jubilee bench (How do I know that? Because it's got a plaque on it), when out of the corner of my eye I spotted something unusual.

On my right, coming from the direction of the Co-Op, something was scuttling at speed towards us. My first thought was that it was a Kamikaze duck attempting a flanking movement to snatch our bread. It was not till the last moment I realised this "Duck" had a long narrow tail, as it took a sharp left turn next to the bench and leapt into the bush behind.

Today I saw, what I presume was the same animal of a rodent persuasion, leaping out of the bush into the green rubbish bin adjacent to the bench. As I approached it removed itself by jumping back into the bush. My Grandson and I, being professional cowards moved to the other bench. Also I didn't want ratty to pounce on my expensive Magnum ice cream.

I hope this E-mail is of use to you.

A Member of Lingfield another parish council.

PS. Do I now qualify for David Cameron’s “Big Society”?

Posted by The Filthy Engineer at 20:26 3 comments: