An interesting read from the Institute of Economic Affairs1.  His article makes extraordinary and worrying  reading by the mere fact that there are now 27,000 government funded charities. He gives a general background with examples of how they have expanded he also gives instances of how out of control the situation has become.

……….It explains why an organisation like the Food Standards Agency can go from having a tiny staff investigating restaurant poisonings to having a budget of £500 million and a mission that has expanded to campaigning against salt, fat and eating crisps during football matches

And of course he lays into our old favourite, ASH (Action on Smoking and Health).

Once it became clear that ASH would never become the mass movement its founders envisaged, its staff focused on networking with the political and media elite of London. It began to fulfil the criteria
of a successful pressure group as set out by Mancur Olson in The Logic of Collective Action - a small but concentrated interest of professional anti-smoking activists against a larger, diffuse interest group of smokers. Perversely blessed with a small membership and a handful of employees (its English office had just six paid staff in 1979), it was able to avoid bickering and maintain a sharp focus on
each policy objective. Peter Hollins, Director General of the British Heart Foundation, said in 2007, ‘ASH is a casebook example of how a small but well-organised and effective group can stimulate
and guide a powerful movement. The assortment of lobby groups which ASH coordinated to fight for the smoking ban between 2004 and 2006 was the very definition of what William H. Riker termed
the ‘minimum winning coalition’ (Riker, 1962); big enough to win, but small enough to be sustainable in the long-term.

ASH continues to influence public and politicians through its media appearances, press releases and parliamentary briefings. In 2010/11, it responded to no fewer than fourteen public consultations, often in support of measures ASH itself had recommended to the DH, which continues to fund them. In Westminster, it works through the All-Party Parliamentary Group on Smoking and Health, which was set up by ASH director Mike Daube in 1976 in the hope of persuading individual MPs to table Private Members’ Bills and Early Day Motions on ASH’s behalf. The APPG was originally known, more tellingly, as the All-Party Parliamentary Group for Action on Smoking and Health and
ASH continues to dominate its activity.

In other words the Government of the day pays a lobby group to publicise what it doesn’t want to publish itself. A case of it “wasn’t us guv”.

Do go read it. It should be exposed to the light of day as to what’s wrong with this country.

1Christopher Snowdon is an author, journalist and researcher who focuses on lifestyle freedoms,prohibition and dodgy statistics. He is a research fellow at the Institute of Economic Affairs, writes for City AM and Spiked, and regularly appears on TV and radio discussing social and economic issues. He wrote Velvet Glove, Iron Fist: A History of Anti-Smoking (2009) and The Spirit Level Delusion (2010). His most recent book is The Art of Suppression: Pleasure, Panic and Prohibition since 1800 (2011) which looks at the prohibition of alcohol, drugs and tobacco. Born in North Yorkshire, he now lives with his wife and daughter in Sussex.

A sock puppet is defined by Wikipedia as ‘a false identity assumed by a member of an internet community who spoke to, or about himself while pretending to be another person.’ The average sock puppet uses pseudonyms to praise and endorse his own views. 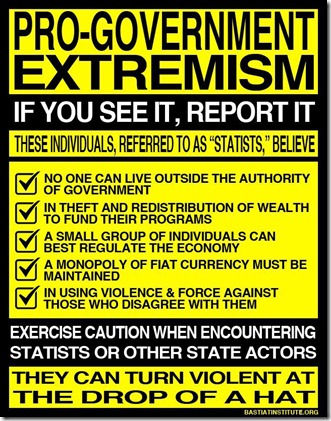