Engineering as it used to be. Part 2. 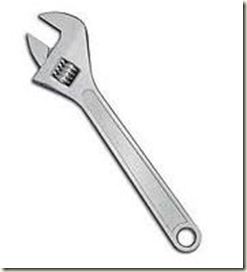 Now where was I? Oh yes I’d just been accepted into college.

At first I thought that I’d be handicapped by the lack of Technical skills learnt at school. I was wrong. It was all the other subjects which I’d never even heard about that would give me the headaches.

Subjects such as Applied Mechanics. What an earth was a Shear Force and Bending Moment Diagram when it’s at home?

Thermodynamics, or as in our case, Applied Heat. Entropy, Enthalpy, Boyle’s Law, and a myriad of other mystifying terms.

Naval Architecture. Complete with (as one reader posted in the comments previously), Metacentric height. Along with Water plane areas, Knees, Floors, Ribs, and Bow and Stern (I’ve never understood why they couldn’t be called the “pointy bit at the front” and the “bit that trails last”). Baffling.

Electro technology.  Generators, DC and AC. Volts, Ohms (There’s a law about that I believe), Capacitors, Inductance, and much more. Is your head spinning like mine woz?

Workshop Technology. Simple? Oh No. So much to master in so few years. Files, Hammers and chisels (Bloody painful if you get that skill wrong), Lathes, Milling machine (WTF? Do we have to make our own bread now?), Shaping machine, Pillar drill, Screw cutting, Tap, Die ( bit worrying that one), and chuck key.

Surprisingly enough after two years of this I became pretty Au Fait with most subjects and was nearly ready for my first Sea Trip.

Lastly before I went off for a Life on the Ocean Wave all those in my outfit were required to undertake eight weeks working under supervision, in a Naval Dockyard.

Now those of you who were around in the sixties and seventies, will know how the unions had a strangle hold on industry. Of course this played into the hands of young cadets like us. I spent eight weeks in Plymouth mostly on the beach, as we weren't allowed to even pick up a tool of any description. We just devised a Rota system where one of our number clocked us all in and out. Worked like a charm.