I’m staying out of Sussex. 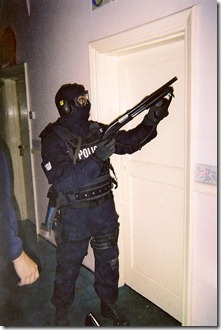 Notwithstanding that the police look like stormtroopers these days rather than public servants. Now they want to be better armed.

Tasers are to be used by a further 160 police officers across Sussex, it has been revealed.

Currently only Sussex Police firearms officers use the stun guns but response teams will also use them from October.

Ch Supt Paul Morrison said the move would give the force more options in deploying staff and officers would receive appropriate training.

We’ve all heard about “appropriate training” before. It never seems to address the problems. One bit of training that should be paramount is that the Taser should be used against a volunteer. I E. the Officer that is being trained to use it. That Officer would then realise what it’s like to be hit by 50,000 volts. (I’ve been hit by 440 volts and I can tell you. It fucking hurts).

They also need to realise that the taser is not a toy that can be fired at anyone.

Dr. Douglas Zipes, of Indiana University's Krannert Institute of Cardiology, found that a shock from the Taser "can cause cardiac electric capture and provoke cardiac arrest" as a result of an abnormally rapid heart rate and uncontrolled, fluttering contractions.

Mind you my local police are far to busy. It took six officers, in three cars to investigate one fallen tree, blocking my road, on monday.

Someone, somewhere in the UK is going to die from one of these devices. It could be you on a friday night after an altercation with a stormtrooper police officer.

Moral of the story: Byepass Sussex.

Posted by The Filthy Engineer at 20:27 2 comments:

The Arrogance of Authority 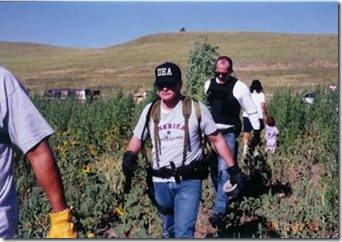 A DEA officer stopped at a ranch in Texas , and talked with an old rancher.
He told the rancher, "I need to inspect your ranch for illegally grown drugs."
The rancher said, "Okay , but don't go in that field over there.....", as he pointed out the location.
The DEA officer verbally exploded saying, " Mister, I have the authority of the Federal Government with me !"

Reaching into his rear pants pocket, the arrogant officer removed his badge and proudly displayed it to the rancher.

The rancher nodded politely, apologized, and went about his chores.
A short time later, the old rancher heard loud screams, looked up, and saw the DEA officer running for his life, being chased by the rancher's big Santa Gertrudis bull...... 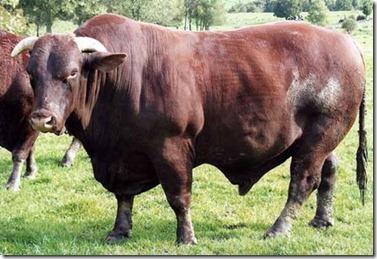 With every step the bull was gaining ground on the officer, and it seemed likely that he'd sure enough get gored before he reached safety.  The officer was clearly terrified.
The rancher threw down his tools, ran to the fence and yelled at the top of his lungs.....