A friend is painting the ceilings in my house. 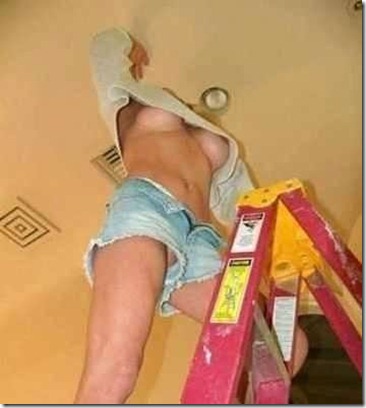 I was asked to stabilize the ladder and give Technical advice
You know me.
I'm always there to help.

Also, do you think five ten coats is enough?

Posted by The Filthy Engineer at 21:15 2 comments: 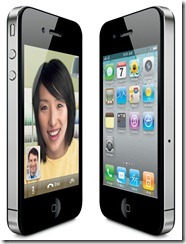 Wonderful  what you can do with an i phone

Google Earth and iPhones are crucial for Libyan rebels defending the city Misrata from troops loyal to Muammar Gaddafi, according to a Times report. Meanwhile NATO pilots may be picking their targets from tweets.

­Google’s satellite map combined with a compass app for Apple mobile phones and a mortar-ranging table help Misrata rebels shell their enemy with artillery pieces they have captured, British newspaper The Times reports.
Scouts with binoculars spot Gaddafi troops’ positions and report back. Thanks to Google Earth, the artillery teams know the exact distance between them and the loyalists. And an iPhone’s compass tied to the barrel with an eight-meter wire helps to align the weapon.

"We get information from open sources on the internet; we get Twitter," it cites a NATO spokesman, Wing Commander Mike Bracken, as saying. "You name any source of media and our fusion center will deliver all of that into usable intelligence."

Posted by The Filthy Engineer at 18:48 No comments:

Email ThisBlogThis!Share to TwitterShare to FacebookShare to Pinterest
Labels: iphone

I'm not addicted to oil

I'm addicted to being able to drive into town on my own schedule. I'm addicted to being able to haul home a week's worth of shopping with two little kids in tow without having to wait for the fucking bus with eighty pounds of filled plastic bags in my hands. (That's disregarding the fact that I live out in the sticks, and the nearest bus stop is four miles away, which is one hell of a hike with the aforementioned two little kids and week's worth of shopping.)

"I don't give a shit what kind of substance I have to put in the tank of the minivan to feed that particular addiction. I don't care about oil. If my minivan ran on distilled cow piss, I'd fill up with distilled cow piss. If they ever come up with an electric minivan that goes the speed limit on the motorway, accelerates to motorway speeds in less time than a geologic epoch, and doesn't need to be recharged every fifty miles with electricity that comes from a coal-powered plant anyway, I'll gladly buy one of those and deep-six the old combustion engine. --

Posted by The Filthy Engineer at 09:37 No comments: