The Angry Exile is doomed I say.

The trajectory of the falling satellite that’s in the news, seems to me to be getting closer and closer to eastern Australia. 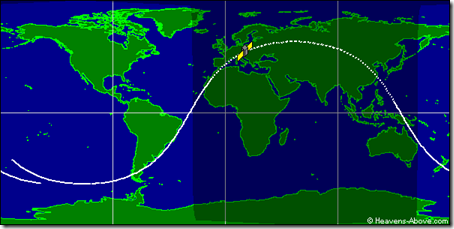 Here can be found danger. Refresh the screen as required

A public service broadcast from TFE.

Posted by The Filthy Engineer at 20:42 3 comments:

A new particle is found.

The death knell of AGW will be sounded if this article gets out into the open. Forget about fast neutrinos found at CERN. This is much greater discovery.

'Forget AGW:  what’s Al Gore got to say about wind-turbine-sourced free roton emissions?  Notice all the tornadoes this past summer? Direct correlation.  Yet government roton-emission standards are tied up in committee hearings.

. . . the science remains sketchy, occupying the no-man’s-land between Newtonian physics and quantum mechanics.  In basic terms, a free roton is a quantum –a packet—of angular momentum, released from any unshielded rotating mass (a barber pole; a merry-go-round).  Nearby ungrounded objects can absorb these until a tipping point –the Spinner Threshold*—is crossed.  Free rotons are mostly absorbed by the circumambient air, resulting in wind vortices of varying size.  Effects on exposed human subjects were first observed in Holland (for obvious reasons) and can range from dizziness to “augering”.

*Named for James Spinner 1881-1919, who made the first measurements of free rotons.  It is believed that Spinner himself succumbed to a fatal dosage (>100 whirlies) while conducting experiments with a ceiling fan, causing him to auger through the floor of his home in Devonshire.  His body was never recovered.

Hey, if Al Gore's allowed to make stuff up, then so am I.'

Posted by The Filthy Engineer at 19:07 8 comments:

A nice little presentation below which puts the whole “CO2 is killing the planet” in perspective.

It’s the money, you see.

Posted by The Filthy Engineer at 12:35 No comments:

I was just looking through my blog stats and wondered what this referring link was about.

Oh what NOW!: Save me from pontificating MPs

So being a curious sort of person I clicked on it.

This is what appeared on the screen.

We recommend not visiting this link as it could be harmful to your computer or Facebook account. If you choose to visit, do not download software or enter your Facebook password.To learn more about staying safe on the internet, visit Facebook's Security Page. Please also read the Wikipedia articles on malware and phishing.

Now yes, my posts do appear on my Facebook page. But I object to being classed as Malware. I am demeaned. I would prefer to be classed as a virulent virus attacking the political system.

Am I being subjected to censorship?

If I had a tinfoil hat. 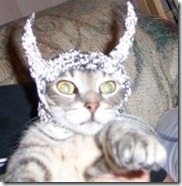 I just wonder if this Blog has surfaced on the politically correct radar. If so, it’s game on.

Posted by The Filthy Engineer at 10:19 2 comments: