Wi Fi in the wild endangered.

God give me strength when I read ramblings of this sort. Written by that silly tart, Louise Gray, in the Tubbygraph.

The signal from wi-fi cannot travel as far when temperatures increase. Heavy downfalls of rain also affect the ability of the device to capture a signal.

For a start the majority of Wi Fi is internal. Ie, in peoples homes. Mine’s about 20 ft from this computer and I can use my laptop from the other end of the garden. Why I would need to use it in the vegetable patch is beyond me?

Regards rain Louise, has your house not got a roof?

At least the government are just starting to maybe realise that they may have made a mistake about building Bird Mincers Wind turbines.

Ministers are backing the construction of too many expensive offshore wind farms too quickly, senior advisers on green policy warn today.

In a report into the future of energy, the influential Committee on Climate Change calls on the Government to scale back plans to build thousands of turbines off the coast of Britain.

I would like to think that this might be a turning point. But when you have a majority of scientifically illiterate politicians gracing the green benches, then is there any hope for us ?

If I had my way the words green, renewable, carbon, wind turbine, and politician would be expunged from the dictionary.

Posted by The Filthy Engineer at 19:57 7 comments: 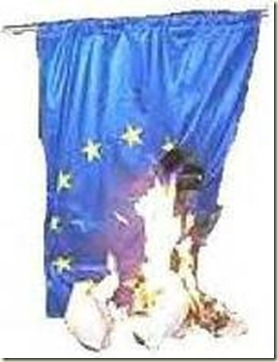 Posted by The Filthy Engineer at 09:20 3 comments: