The second front against smokers. 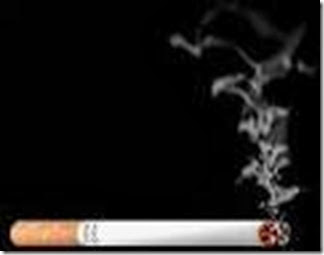 I received an E-mail yesterday, funnily enough it was sent to my spam box. Now I know a lot of vapers are feeling holier-than-thou, but if I was a vaper I would never buy from the company that allowed this press release.

They start off with this:

Go-Lites, a leading supplier of e-cigarettes and e-liquids, is urging employers all over the country to take the lead in stamping out smoking, for the good of their own companies, by introducing their employees to healthy alternatives. In the UK, a staggering one million work days are lost each year due to tobacco related conditions, causing a huge preventable loss for businesses.  Companies who hire smokers also have to worry about long term sickness and lost productivity on regular breaks for workers to get their nicotine fix.  In light of these statistics, Go-Lites are appealing to employers to take the lead in promoting a smoke-free workforce.

I’d like a few facts and figures from where they get their “staggering one million work days are lost each year due to tobacco related conditions,”. Then as you see they churn out the tried and tested mantra, so loved by the anti-smoking zealots, “lost productivity on regular breaks for workers to get their nicotine fix”. Absolute bollocks. There are in place, in law, statutory breaks required by law, which can be used for a smoke. (FAIL again).

Then they continue with this:

Srikanth Vadlamudi, of Go-Lites, says “It is hard to believe that a workforce with up to 250 employees can lose up to £370,520 in lost productivity each year, thanks to smoking.  Employees who smoke pose a health risk to themselves, but each day off work caused by the diseases and conditions associated with smoking also has a negative impact on the rest of the workforce.

Where the fuck does he get that estimate from? Probably cloud cuckoo land, I expect.

And what are these “diseases” that smokers contract that lays them low. I worked for 43 years and never saw any such productivity loss due to “smoking related illness”. Most of the time off was people using a common cold as an excuse.

Now if any decent employer reads this, I suggest you point any member of your workforce who want to quit, to buy E cigs  from someone who actually cares and is not using the war against smokers to feather their own nests.

If an article was written telling employers that they shouldn’t employ gay people as the risk of time off due to HIV was higher than with heterosexuals, there would be hell on.

If smokers want to go the vaping route, I suggest you buy your product elsewhere.

Bye the way vapers, you are next due to an EU directive soon to become law. You could have had the support of 20% of the population but you were too righteous and ignored us. You made your bed and therefore you can lie in it.

If you’d like to discuss this with the originator of this junk science, feel free.