Britain has some of the lowest energy prices in Europe, Energy Secretary Chris Huhne has insisted.

Well Cunt you millionaire twat, how come my future gas and electric are set to rise by 18% when energy prices are stable at the moment. You can bluster all you like, but more of the general public are starting to become aware that your panacea of so called “Green” energy is coming at a price.

And this heap of utter twaddle from a man that is a multi millionaire, who I suspect has never watched his meter spinning like a whirling dervish in winter.

And he said prices would be reduced in the long term as Britain moves from its reliance on oil and gas from the Middle East to renewable energy sources.

Do explain to me Cunt Mr Huhne, how many of those so called renewable sources were  generating power after 8 O’clock at night when we had the snow last winter. Wind was 0.7 %, and solar, obviously, was nil. (Just visit the DECC site http://www.decc.gov.uk/en/content/cms/statistics/publications/publications.aspx)

Just as an aside Mr Huhne. I’m afraid  that to call you the Right Honourable would cause me to be sick over my keyboard. How’s your speeding ticket affair coming along?

General sentencing brackets summarised in Archbold at 28-28 as follows:

Of course you, like all politicians you are as pure as the driven snow. Bugger me. I can’t remember typing that. Welcome dementia.

Posted by The Filthy Engineer at 19:59 4 comments:

An archaeological team, digging in London , has uncovered 10,000 year old bones and fossil remains
Of what is believed to be the first Politician. 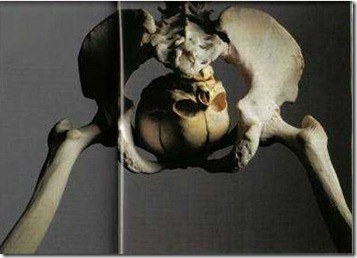 Posted by The Filthy Engineer at 10:20 3 comments: