I’ve been driven to strong drink 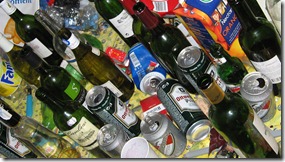 Why you ask? Because I’m a smoker. (I expect hell fire and brimstone to fall on me from the likes of ASH and CRUK).

In days of yore, I was one of the many smokers who enjoyed sitting in a country pub, drinking good beer, whilst quietly and steadily puffing away on a ciggy.

The smoking ban put paid to that, as you all know. In those days I enjoyed a good hand pumped ale, wafted down with a lung full of the glorious weed smoke. It was a dual enjoyment. I used to visit a pub twice a week at least. Now, probably once a quarter. I no longer find the pub environment a pleasurable experience.

What I find sad is that the country I live in is becoming more oppressive as the years go by.

When fifty per cent of the population smoked, even non smoking households had crystal ash trays on the tables. Smokers were welcome and valued for their contributions to conversation.

The younger generation were taught respect for those older. Not anymore. How many times have you been forced off the pavement into the road by a group of secondary school kids getting off the school bus?

A job was something you aspired to and held onto with pride. In today’s climate you’re a mug.

Women were treated with respect for raising their families without working. (Don’t read that wrongly. Raising a family was hard work for her in doors).

Politicians were approachable and the majority were in politics to benefit their constituents. Mine seems to be on the gravy train to retirement.

The bobby on the beat was a man you stopped and chatted with. Nowadays I avoid the shaven headed, stormtroopers in case they arrest me for some trivial offence I’ve not heard of.

My schoolteachers were Gods. They told me to sit down. I did. Now they are so called, “Classroom Managers”. Managers in anarchy I suspect.

Health and safety was an individual responsibility. When it changed to a corporate responsibility after the Herald of Free Enterprise disaster it  became a “cover my ass” system, where people don’t bother to look what they’re doing, in the mistaken belief that they are safe because the rules say so.

Oh and of course everyone  is treated as  a potential terrorist when they just try and get out of this benighted land, with the intrusive  scans and metal detectors. Then again, maybe they are trying to stop too many high tax payers from leaving?

Sour grapes you may say.

My favourite pub is desperately trying to keep it’s head above water by offering any discount they can, but still having to adjust their prices upwards. Soon I fear it will fail like many others have done. Where are the Non smokers that promised that they’d be visiting pubs in their droves once the evil smokers had stopped contaminating their clothes with the foul, nay, child killing , second hand smoke?

They failed to materialise.

Now as a pensioner, whilst trying to post this under the candlelight caused by reliance on wind powered electricity, I’m forced to drink a large several large whiskies.

As a foot note. Could we expect an event such as happened in Norway coming to a place near us?  Most certainly if someone doesn’t take a lead and govern FOR the people.

Posted by The Filthy Engineer at 20:04 9 comments: