They still don't get it 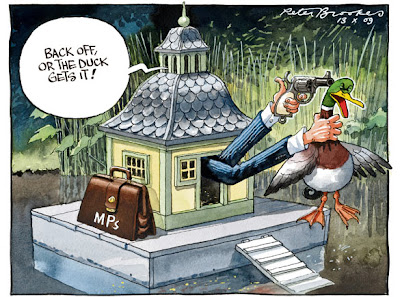 Various MP's are furious and are saying that they won't pay back the money that they claimed in error.(Must be careful, Carter Ruck maybe lurking)

There are growing signs of a rebellion among MPs in Westminster this afternoon, as politicians from all three main parties ignore their leaders and publicly question the accuracy, validity and authority of Sir Thomas Legg’s expenses letters.

Will they not see that the public do not see it that way. The public see them as troughers of the worst order.

it's all in this article in the Times on Line
Posted by The Filthy Engineer at 15:49 No comments:

Posted by The Filthy Engineer at 14:37 No comments:

Free the Guardian one

The Guardian says this morning that it has been “has been prevented from reporting parliamentary proceedings on legal grounds which appear to call into question privileges guaranteeing free speech established under the 1688 Bill of Rights.” Guido points to this question on the Commons order paper and wonders if it is source to the trouble.

(update Oct 12, GMT) Following press reportage about dumping off the coast of Africa, Waterson & Hicks, a UK law firm acting for Trafigura, a large London based oil and commodity trader, ordered and received this confidential report (the so-called "Minton report") into toxic dumping practices by its client along and on the Ivory Coast. The report reveals a number of toxic dumping incidents and appears to be the report behind the extraordinary secret October 11, 2009 gagging of the Guardian newspaper. WikiLeaks believes the Guardian was gagged to prevent it reporting the following Parliamentry question:

Paul Farrelly (Newcastle-under-Lyme) - To ask the Secretary of State for Justice, what assessment he has made of the effectiveness of legislation to protect (a) whistleblowers and (b) press freedom following the injunctions obtained in the High Court by (i) Barclays and Freshfields solicitors on 19 March 2009 on the publication of internal Barclays reports documenting alleged tax avoidance schemes and (ii) Trafigura and Carter-Ruck solicitors on 11 September 2009 on the publication of the Minton report on the alleged dumping of toxic waste in the Ivory Coast, commissioned by Trafigura.[1]

Update: Carter Ruck have given in. They're living in the past. Best that they learn about bloggers and tweeters.

H/T to the Daily Referendum
Posted by The Filthy Engineer at 12:31 No comments: 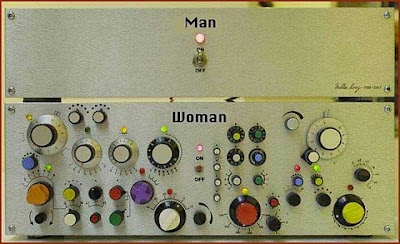 Where's Harriet when I need her?
Posted by The Filthy Engineer at 11:21 No comments: