I liked this from Vox populi.

I had previously preferred the term “global warming fascists”, but the term simply doesn’t do justice to these twisted, human-hating ideologues.  It appears we may end up eventually having to go to war with the sick bastards should they take over a country or two just like we did with their German predecessors; as with the National Socialists, the global warming extremists genuinely believe that their mad pseudo-scientific myths justify killing people.

Fortunately, given that their tanks will be solar-powered and their cruise missiles will be launched by turbine windmills, it should take a lot less than five years to defeat them…

Posted by The Filthy Engineer at 17:26 2 comments:

Don’t even think about buying property in Wales. 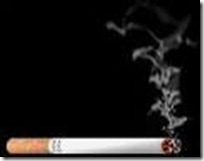 Not if your a smoker.

Dr Tony Jewell, chief medical officer for Wales, said that stopping people lighting up in their own homes would protect their children from the dangers of passive smoking.

'It could be seen as the final piece of the protection picture or at least adding to the growing public consensus on the social acceptability of smoking.'

I suspect they will do one of those surveys in Wales in the near future. One of those that is phrased like this.

“Should smoking be banned in homes for the sake of the cheeeldren?”

Of course they’ll get an 80% yes vote for that.

So then they’ll produce a law which they won’t have a hope in hell of enforcing.

I don’t live in Wales but if I did I’d just love a state sponsored, No smoking enforcement officer, to just try it on. It is my property and it is nothing to do with the state with what I do within it within reason. (Obviously murder is slightly over the top).

What has become of this country?

I need to sit down in a darkened room.

Thanks to the Angry Exile for this

Posted by The Filthy Engineer at 16:19 4 comments:

This is what our American cousins think of Splattergate.

Mind you I’m not sure we need to sink to the lows of the ecofaschists. Then again………

H/T to The Final Redoubt

Posted by The Filthy Engineer at 13:10 3 comments: