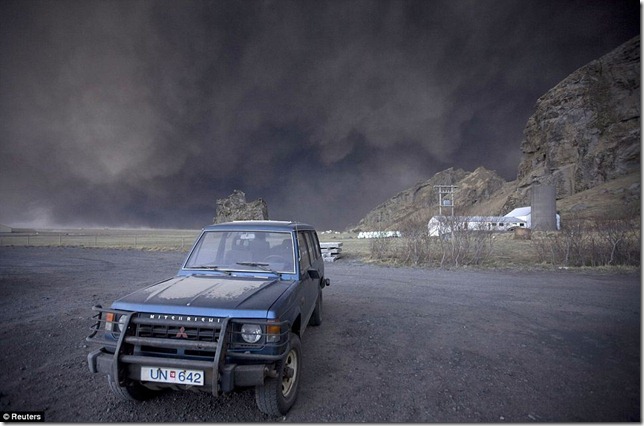 For all of you out there in the UK and across the globe who have fought so hard to tackle the hideous enemy of our planet, namely carbon emissions, that bogus god you worship named "Climate Change" or "Global Warming",  there is some really bad news that will be very painful for you to process. But it is my duty to pass it on to you anyway.

Are you sitting down?

Okay, here's the bombshell. The current volcanic eruption going on in Iceland, in it's first week of spewing volcanic ash, NEGATED EVERY SINGLE EFFORT you have made in the past five years to control CO2 emissions on our planet.  Not only that, this single act of God, in its first week, has added emissions to the earth estimated to be 42 times more than can be corrected by the extreme human regulations proposed for annual reductions.

I know, I know.... (have a group hug)...it's very disheartening to realize that all of the carbon emission savings you have accomplished while suffering the inconvenience and expense of driving Pius hybrids, buying fabric grocery bags, sitting up till midnight to finish your kid's "The Green Revolution" science project, throwing out all of your non-green cleaning supplies, using only two squares of toilet paper, putting a brick in your toilet tank reservoir, selling your 4 x 4 and speedboat, going on vacation to a Bournemouth instead of Barbados, nearly getting hit every day on your bicycle, replacing all of your 50p light bulbs with £5 light bulbs ...well, all of those things you have done have all gone down the tubes in just the first week.

The volcanic ash emitted into the Earth's atmosphere in the first week has totally erased every single effort you have made to reduce the evil beast, carbon.  And, those hundreds of thousands of British jobs you helped move to  Asia with expensive emissions demands on businesses... you know, the ones that are creating even more emissions than when they were creating British jobs, well that must seem really worthwhile now.

I'm so sorry. And I do wish that there was some kind of a silver lining to this volcanic ash cloud but the fact of the matter is that the brush fire season across the western U.S.A. will start in about two months and those fires will negate your efforts to reduce carbon emissions in our world for the next two years.

So, grab a Coke, give the world a hug, and have nice day!

Posted by The Filthy Engineer at 20:14 3 comments:

How's this for excellent speed control? 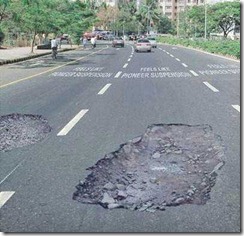 I don't know about you, but this would slow me down! People slow down and try to "straddle" the hole ..... 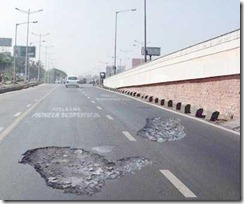 This is actually a speed control device that is in use. It is much cheaper than speed cameras. 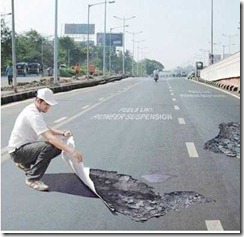 Posted by The Filthy Engineer at 20:08 2 comments: