Day one of his incarceration. the sequel. 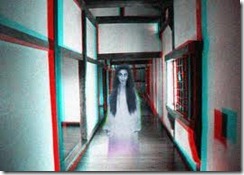 It all started on an overcast and drizzly evening. The old grizzled man and Miss P were escorting the tall young man along a poorly lit corridor where the occasional flickering fluorescent light cast strangely disturbing shadows. Was it their imagination, or was that a fleeting glimpse of a shadowy figure that they never actually saw directly?

Progress was slow as the young man had had his medication withdrawn, some weeks before, and a weariness had set in. However a wan smile was often noticed by,his two guardians on several occasions on that walk. Could that be, they surmised, that he was savouring his recently last substantial, and nourishing meal, before the uncertainty of the of the quality and quantity food he would have to attempt to pretend he enjoyed, during this incarceration?

Eventually they arrived at the door of his place of incarceration, and after looking apprehensibly at each other opened the door……….

Posted by The Filthy Engineer at 22:33 2 comments:

Email ThisBlogThis!Share to TwitterShare to FacebookShare to Pinterest
Labels: incarceration

I posted just the other day about Cranmer, a religious blogger with a sense of humour who is being “investigated” by the Advertising Standards Authority about an advert on his blog.

Here his reply to them.

i wonder what they’ll make of it. Po faced twats

Posted by The Filthy Engineer at 10:47 5 comments: