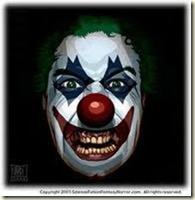 One of the reasons why I’m sceptical over the current obsession with Global warming, Climate Change, Climate disruption, is that I’ve heard it all before.

In the 1950’s (Yes I’m that old), we were being scared silly because we were all going to be nuked by those evil Ruskies.

In 1962 a stupid bint called Rachel Carson wrote a book called “The silent Spring” about the danger of DDT. In a knee jerk reaction, Governments banned the use of DDT. A most effective malaria mosquito killer. Oh well Rachel, only 780,000 people died of malaria last year.

In 1970 we were all going to fry from a hole in the Ozone layer caused by CFCs. I still don’t understand the fact that  if  the majority of CFC’s were emitted by the prosperous northern hemisphere, why is the hole over the South pole? Incidentally it has closed up a bit since then.

Global cooling into the next ice age? Anyone remember that from the mid 1970’s?

1976. What a pig of a year. We were in danger of dying from an outbreak of swine flue. Predictions were for thousands to die. Nope, they didn’t.

1979. Topical at the moment. The nuclear reactor at Three Mile Island was going to Melt down. They even made a suitably alarmist film called “The China Syndrome”. The title refers to the concept that, if an American nuclear plant melts down, the core will melt through the Earth until it reaches China. I’m sure, that there are watermelons that still believe that crap.

AIDS. Be scared, very scared. Well no actually. Although 2,ooo,ooo died of HIV in 2009,  the percentage chance of dying from it is 0.0002% . Bearing in mind the population of the Globe is 9 Billion approximately.

1988. Put down that loaded Egg, and step away now. The great salmonella in eggs story by that master story teller, Edwina Curry, a junior health secretary.

1996 Mad cow disease. Mad to think that we were all going to die. Well we didn’t, but 4.4 million cattle were slaughtered.

1999. There's a bug going round. This one was going to invade our computers at the turn of the millennium. Funny that.

2003. Watch that Birdie. This time we were going to be slaughtered by rampaging fowl. Well actually a virus carried within them.

2007. “Bartenders dying in their thousands”. OK, I made that up. The year that the smoking ban came into force,

This morning. Fake charities complaining that the Gubbermint is protecting the drinks industry. We’re supposedly dying from the demon drink. Strange that, as the government’s own figures show that alcohol sales are declining.