Today I changed my mind.

I've always been a lifelong conservative voter. Not out of habit or because my family have always voted conservative. I've always felt that conservative policies are right for those who want to better themselves and not to be a drain on society.

Today I decided that my MP didn't deserve my vote.

1) He voted strongly for the smoking ban.

2) He voted strongly to remain in Europe.

I wrote to him about both these topics and received patronising replies on the lines of, "I know best".

Not that my vote will overturn his majority. But at least I felt better.

Shoot out at the Highgate corral. 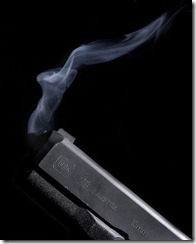 My daughter just phoned. She was on her way back from voting in Highgate (London) when she heard gunshots. The area is cordoned off now. Bearing in mind that this is an area of Guardian Lefties and there is an election in progress. Could it be a mass suicide attempt by the likes of Polly Toynbee and George Monbiot?

Posted by The Filthy Engineer at 20:38 2 comments:

I have been bombarded in the last few days by E mails from the Conservative party.

So far I've had William Hague, George Osbourne, David Cameron, and now, Boris. All exhorting me to vote for the Conservative party.

Has anyone else had these?

This is it. As I write these words Gordon Brown should be teetering on the edge of the political oblivion he so richly deserves.

One shove, one nudge, one tiny prod in the right place - and we will at last be rid of this bankrupt embarrassment of a Labour government. Just one last push and this great country will be spared another five years of Gordon Brown.

We will avoid the drift and dither of a hung parliament. We will give a Conservative government the chance to offer dynamic and energetic government and by tomorrow morning we will begin the work of undoing the damage done by Labour.

Who is there left to administer this final judicious kick to the Labour Party's ample posterior?

It could be you, FE.

If you have yet to vote - and you have five minutes to spare - I urge you and all your family and friends to get down to the polling station and play your part in history.

In an election this tight, your vote could be decisive. The boot's on your foot. For the good of our country - I urge you to use it.

Posted by The Filthy Engineer at 14:17 3 comments: