That slippery slope that doesn’t exist? 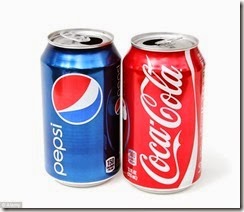 Like a soft drink do you? Well get ready to be de-humanised for it over the next few years.

Smokers such as myself have already experienced it. But is only just starting for the lovers of soft drinks.

For smokers it first started with colossal rises in tax on tobacco products.

Guess what, soft drink lovers, it's going to happen to you in the near future.

Thousands of cases of diabetes and cancer could be avoided, saving the NHS £300million, by putting a health tax of 12p a can on sugary drinks, it is claimed. (My bold: They don’t actually know)

Academics have calculated the likely reduction in consumption caused by putting up the price of full sugar drinks like Coca-Cola and Pepsi and the resulting health benefits.

The work by experts at the University of Liverpool and the Children’s Food Campaign will fuel the growing campaign to extend the principle of a duty on unhealthy products from cigarettes and alcohol to some types of drink and food.

The start of your fall from grace begins there. They actually admit to wishing to follow the tobacco control template

Health campaigners and doctors have controversially likened sugar and its contribution to obesity and ill-health as the ‘new tobacco’.

Next will be horrendous images of diseased kidneys, rotting teeth, and pictures of ill people in bed  covering your can of delight.

The next step will be to of course will continue with fizzy pop being hidden behind screens for “THE SAKE OF THE CHEEEELDREN”.

You tell me what comes next….

Posted by The Filthy Engineer at 21:06 7 comments: