This was my last ship before retiring. It certainly was a memorable trip. The Video below only gives the last half of the deployment, the first half where all the real hard work was done is not shown. You will notice in the video that an Arleigh Burke destroyer crops up from time to time. This was because there was no area defence destroyer from our Navy, available at the time. So we borrowed an American one for the duration.

The Wave Ruler was one of the newest additions to the RFA (Royal Fleet  Auxiliary), and was state of the art when it came to machinery. Even the accommodation was of a high standard, all cabins being single berth with en-suite.

Propulsion was Diesel electric with four 4.7 Mw diesel generators with an output voltage of 6.6kV driving two Motors attached to the shaft. Manoeuvrability was enhanced by bow and stern lateral thrusters all controlled by a semi dynamic positioning system. (Cool Eh).

State of the art reverse osmosis plants were fitted for the production of potable water (my babies), capable of producing nearly 200,000 litres per day.

Anyway enough of the nuts and bolts. Lets get down and personal.

My trip started with a flight to Crete to join the Ruler for the trip out to the Far east. We duly departed from there and commenced a Suez canal transit and headed into the Indian Ocean. A few days on Anti Piracy patrol was the ship’s first tasking, though nothing came of it. Next a little jaunt for the task group across the Indian ocean to rendezvous with the Indian navy and a few days of joint exercises ensued.

However we had more than the Indian Navy on our Menu. A dash round India to the other side ensued to meet up with the Bangladeshi Navy and more fun and games that navies’ love.

Where next? Ah yes Singapore.

Just a short, enjoyable stay there,  to pick up Mail, stores, spares, and top up with Fuel, and then we were of to exercise once more. This time with the Malaysian Navy. More of the same. Then back to Singapore and the journey home as portrayed in the Video.

My time was up when the vessel reached Gibraltar, where I had my retirement bash in the Waterfront restaurant. I then flew into retirement and haven’t looked back since.

I don’t miss my time in the RFA (43 years) although in the early years, fun and work, were on equal par with one another. However in the final years the regime of Elf and Safetee, smoking regulations, alcohol restrictions and numerous other restrictions to the affable life of the past convinced me that it was time to go. So I did.

Posted by The Filthy Engineer at 21:00 7 comments:

One for the Angry Exile. 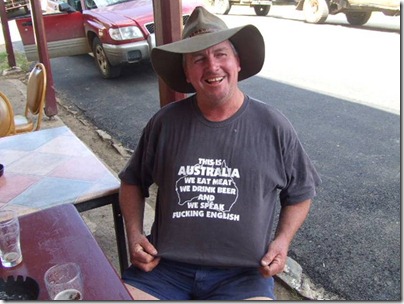 Posted by The Filthy Engineer at 15:48 2 comments:

In four days the Footsie has fallen back to Aug 2010 levels.