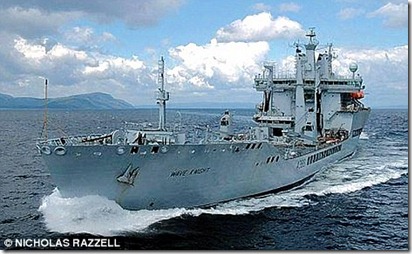 I saw a poor old lady fall over today on the ice! At least I presume
she was poor - she only had £1.20 in her purse.

I was explaining to my wife last night that when you die you get
reincarnated but must come back as a different creature. She said she
would like to come back as a cow. I said, "You're obviously not
listening."

The wife has been missing a week now. Police said to prepare for the
worst. So, I returned to the charity shop to get all of her clothes back.

My girlfriend thinks that I'm a stalker. Well, she's not exactly my
girlfriend yet.

A wife says to her husband, "You're always pushing me around and
talking behind my back." He says, "What do you expect? You're in a
wheel chair."

At the Senior Citizens Centre they had a contest the other day. I lost
by one point: The question was: Where do women mostly have curly hair?
Apparently the correct answer was Africa ! Who knew?

One of the other questions that I missed was to name one thing
commonly found in cells. It appears that Blacks is not the correct
answer either.

There's a new Muslim clothing shop opened in our shopping centre, but I've been banned from it after asking to look at some of the new
bomber jackets.

You can say lots of bad things about paedophiles but at least they
drive slowly past schools.

A friend of mine has just told me he's getting it on with his
girlfriend and her twin. I said "How can you tell them apart?" He
said, "Her brother's got a moustache."

Just put a deposit down on a brand new Porsche and mentioned it on
Facebook. I said, "I can't wait for the new 911 to arrive!" Next thing
I know, 4,000 Muslims have added me as a friend!

The Red Cross have just knocked at our door and asked if we could help towards the floods in Pakistan . I said we would love to, but our
garden hose only reaches the driveway.

Posted by The Filthy Engineer at 12:14 No comments: