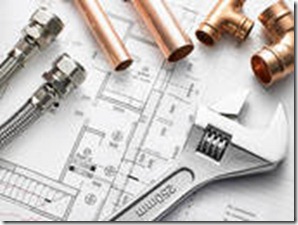 Well in the back of a cupboard, that is.

This a tale of skill, strength, despair at times, tenacity, and finally success.

My central heating has servo operated shut of valves for heating of hot water and house heating. I’d noticed over the last two weeks that occasionally the radiators were heating up when hot water was demanded. The obvious culprit would seem to be a leaky servo valve for the radiator network. Rather than replace the entire unit (£60) I hunted around on the interweb and found a supplier that could supply me with internal spares for the valve at £15. (By the way, if you’re looking for similar central heating spares I would direct you to WWW.Bes.co.uk I ordered the parts at 7 PM. They were with me before 8 the following morning).

Now the background has been explained, now the fun begins.

Not. The silly fool that had positioned the valve unit (Me), had never thought that he would ever need to overhaul it in situ. I couldn’t get at the fixing screws. Bugger.

Only thing for it was to remove the servo valve in it’s entirety from the pipework. The only problem was that this pipework is 22mm diameter and has work hardened with age. The two connection nuts put up a bit of a struggle but nothing compared to removing the valve from the pipework. Even after slackening every connection in sight it took the combined efforts of a three foot crowbar supplemented by three foot of scaffold pole to enable the valve to be withdrawn. The actual refurbishment of the valve took a matter of minutes and I was thinking that I was on a romp for the home straight.

To get the valve back in place took even more brute force and I was starting to sweat like a rapist before finally the valve popped back in position between the two pipes. Nearly at the last furlong. Just simply screw the connection nuts and tighten. Top nut OK, but when I thought that the bottom nut was seated correctly on the threads and started to tighten, horrifyingly I spied a little sliver of brass sidling it’s way from the nut. Stop stop, you’re cross threading, my brain threw at me. Now your FE, when he does plumbing uses as few compression fittings as possible, and solders everything in sight where possible. The thought of  having to cut and make new soldered connections was a dreadful thought worthy of suicide on the authors part due to the confines.

However casting a glinty eye at the connection I had a feeling that it was slightly out of line and after a little correction tried the connection again. Lo and behold the nut firmly screwed up the thread (No sniggering at the back please), and with a slight squeak was firmly tightened.

And guess what? Everything works as it should, with no leaks.

Morals of the story:

1. I’ll never be a design engineer.

2, Weigh up the task correctly before you begin.

4. Employ a plumber and let him bugger it up while you snigger in the background?

5. Expect the worst. And plan for it.

Posted by The Filthy Engineer at 20:46 7 comments: