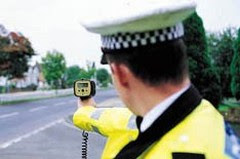 They're really out to screw us any way they can.

Could you afford to fight an unfair ticket?
New regulations set to come into force later this month will see motorists forced to cough up court costs - even if they're found not guilty or acquitted of motoring offences.

The government-inspired change to the current set-up - where drivers get costs refunded if they're innocent - is being implemented to save cash, in spite of fierce opposition from legal and motoring groups who were nominally 'consulted' before the new policy was drawn up.

According to the Ministry of Justice, the age old principle of 'the loser pays' has been costing the government too much money. As a result the new rules make it clear that in future drivers will have to foot the bill for clearing their name. According to The Taxpayers Alliance, that equates to 400,000 people, or one in four of those who challenge a ticket.

Now the Conservative party has joined the last ditch effort to derail the changes, and campaigners are looking for more signatories to a petition on the Number 10 website. We're off to go and sign the petition ourselves, and you can find out more by reading the press release below, that was issued by the Association of Motor Offence Lawyers today.

Posted by The Filthy Engineer at 09:38