And they came for the drinkers 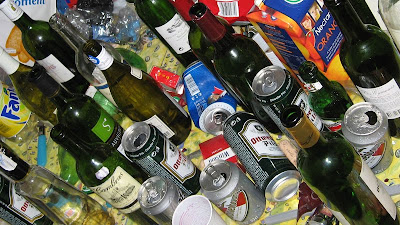 Minimum prices for alcoholic drinks would be set by the Government under radical plans being drawn up to cut Britain’s growing binge-drinking problem.

They're even admitting to intend to use the same tactics as they did on smokers:

He compared the emerging alcohol policy to that involving tobacco – which led to a sharp increase in cigarette prices and a ban on smoking in public places.

I will not vote for any party that contemplates more of this bullying. And yes, that includes your party Dave.

Source
Posted by The Filthy Engineer at 11:29