What happens when Greece defaults. Here are a few things:

Every bank in Greece will instantly go insolvent.
The Greek government will nationalise every bank in Greece.
The Greek government will forbid withdrawals from Greek banks.
To prevent Greek depositors from rioting on the streets, Argentina-2002-style (when the Argentinian president had to flee by helicopter from the roof of the presidential palace to evade a mob of such depositors), the Greek government will declare a curfew, perhaps even general martial law.
Greece will redenominate all its debts into “New Drachmas” or whatever it calls the new currency (this is a classic ploy of countries defaulting)
The New Drachma will devalue by some 30-70 per cent (probably around 50 per cent, though perhaps more), effectively defaulting 0n 50 per cent or more of all Greek euro-denominated debts.
The Irish will, within a few days, walk away from the debts of its banking system.
The Portuguese government will wait to see whether there is chaos in Greece before deciding whether to default in turn.
A number of French and German banks will make sufficient losses that they no longer meet regulatory capital adequacy requirements.
The European Central Bank will become insolvent, given its very high exposure to Greek government debt, and to Greek banking sector and Irish banking sector debt.
The French and German governments will meet to decide whether (a) to recapitalise the ECB, or (b) to allow the ECB to print money to restore its solvency. (Because the ECB has relatively little foreign currency-denominated exposure, it could in principle print its way out, but this is forbidden by its founding charter.  On the other hand, the EU Treaty explicitly, and in terms, forbids the form of bailouts used for Greece, Portugal and Ireland, but a little thing like their being blatantly illegal hasn’t prevented that from happening, so it’s not intrinsically obvious that its being illegal for the ECB to print its way out will prove much of a hurdle.)
They will recapitalise, and recapitalise their own banks, but declare an end to all bailouts.
There will be carnage in the market for Spanish banking sector bonds, as bondholders anticipate imposed debt-equity swaps.
This assumption will prove justified, as the Spaniards choose to over-ride the structure of current bond contracts in the Spanish banking sector, recapitalising a number of banks via debt-equity swaps.
Bondholders will take the Spanish Banking Sector to the European Court of Human Rights (and probably other courts, also), claiming violations of property rights. These cases won’t be heard for years. By the time they are finally heard, no-one will care.
Attention will turn to the British banks. Then we shall see…
I hope that they don't do this before I go on Holiday.
Just saying.
Posted by The Filthy Engineer at 20:48 6 comments:

Email ThisBlogThis!Share to TwitterShare to FacebookShare to Pinterest
Labels: Greece

Be careful what you say in front of the children

This should make you smile.
You have to love little kids. 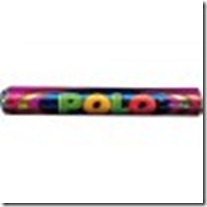 Finally the teacher gave them all HONEY flavoured polos. None
of the children could identify the taste.

The teacher said, 'I will give you all a clue. It's what your
mother may sometimes call your father.'
One little girl looked up in horror, spat her polo out and
yelled, 'Oh my God! They're arse-holes!

The teacher had to leave the room !!!

Email ThisBlogThis!Share to TwitterShare to FacebookShare to Pinterest
Labels: polo

The Greens will freeze. (Hopefully)

Another of these may be about to happen on a planet near you.

Early records of sunspots indicate that the Sun went through a period of inactivity in the late 17th century. Very few sunspots were seen on the Sun from about 1645 to 1715. Although the observations were not as extensive as in later years, the Sun was in fact well observed during this time and this lack of sunspots is well documented. This period of solar inactivity also corresponds to a climatic period called the "Little Ice Age" when rivers that are normally ice-free froze and snow fields remained year-round at lower altitudes. There is evidence that the Sun has had similar periods of inactivity in the more distant past. The connection between solar activity and terrestrial climate is an area of on-going research.

Global cooling when it happens is going to bite the Eco loons in their arses.

You take the average ecoloon.

He’s bought his eco friendly modern box which has all the credentials that will have Caroline Lucas wetting her pants with joy.

He might even have fitted a wind turbine or a solar panel or two.

It’s now the year 2030 and world temperatures have continued to fall. The UK, in the years before  the hysteria about global warming/climate change was in full swing, failed to invest in conventional power generation. Coal, gas an nuclear. The time is nine O’clock at night, in the month of December. A high pressure is expected to sit over a province of the United States of Europe. (UK to you and me).

One of our last overloaded coal fired power stations fails due to a bomb attack by one of the increasing number of home grown Muslim insurgent groups.

The temperature as forecast by the discredited Met Office is minus two degrees and rolling blackouts are happening all over the country.

Oh dear,you greens might say. We have made the concession that we support natural gas as an interim, not so dirty solution.

I’m afraid to say that your modern condensing boiler will not work without those wiggly things called volts. IE Electrickery.

You have just condemned the young, infirm, and the elderly, to death through hypothermia.

Luckily FE will not be one of them because he lives in one of those old fashioned houses that have a fireplace and a chimney.

Rant over. Apologies for the bad language. (NOT)

Posted by The Filthy Engineer at 10:43 7 comments:

Email ThisBlogThis!Share to TwitterShare to FacebookShare to Pinterest
Labels: Ecoloons

Computer poetry for us oldies

This is modern computer poetry. FE started with a ZX81.

Meg was the name of my girlfriend
And gig was a job for the nights
Now they all mean different things
And that really mega bytes.

An application was for employment
A program was a TV show
A cursor used profanity
A keyboard was a piano.

Memory was something that you lost with age
A CD was a bank account
And if you had a 3 inch Floppy
You hoped nobody found out.

Log on was adding wood to the fire
Hard drive was a long trip on the road
A mouse pad was where a mouse lived
And a backup happened to your commode.

Posted by The Filthy Engineer at 09:47 2 comments:

Global Wind Day is a worldwide event that occurs annually on 15 June. It is a day for promoting wind, its power and the possibilities it holds to change our world.

Posted by The Filthy Engineer at 08:45 4 comments: