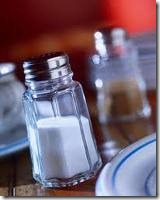 Another one of those "Fake Charities" sticking it's nose in again to try and justify it's existence before it's funding is cut off. (Hopefully).

Children using takeaway shops at the school gates could be consuming more fat and salt in one meal than an adult's maximum daily recommendation.

and who is it you ask? One of the old favourites.

The snapshot study, carried out by London environmental health food teams on behalf of Consensus Action on Salt and Health (Cash), will refuel fears over child obesity in London.

There is no record of any voluntary donations from the public.

And we also have another Fake charity chipping (Pun with no salt) in.

The School Food Trust, established by the Department for Education, has consistently supported the use of stay-on-site policies at lunchtime, which are working well for many schools and have the backing of the majority of parents.

And we're all giving generously to this one aren't we?

I hope they are building a big enough bonfire. It's up to the parents to decide what's best for their children.

Posted by The Filthy Engineer at 14:01